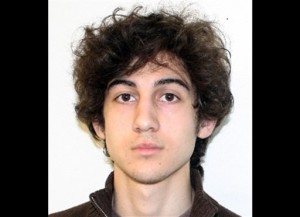 For many people the Boston Marathon bombings may be a far removed event that is rarely if ever thought of as recent news cycles have all but focused on the federal government’s shutdown, healthcare and budget issues. But for the victims and the city, it will never be forgotten. The grisly attacks occurred on April 15, a day long celebrated in the region for being the beginning of the Revolutionary War in 1775.

Now, people will remember the day for a new reason, one that resulted in the vicious murder of three and injuring of at least 280. Two pressure cookers were used as bombs by two brothers: Dzhokhar and Tamerlan Tsarnaev. The older brother, Tamerlan, has been connected to a triple murder case back in 2011, and was killed in a gun battle with police on April 15. His brother was captured on April 19 and currently faces more than 30 federal charges including a count of using a weapon of mass destruction.

The brothers are the sons of Chechen immigrants that settled in the Boston area. Tamerlan never fit into American society and as a result retreated ever deeper into his Muslim faith. The deeper he retreated in his faith the more he grew to hate everything American.

Dzhokhar had a different disposition. According to a New Yorker article by David Remnick, his friends remember him fondly as a friendly and gregarious soul. Naturally, they were shaken to the core when they learned their friend had committed such terrible acts. Like many older brothers, Tamerlan had a mesmerizing effect on his younger sibling, Dzhokhar. Although the two seemed to lead opposite lives, Dzhokhar fell under the spell of Tamerlan’s ideas of hate. This hatred was the catalyst to commit the bombings, as was the belief that it was in retaliation for American led wars in Muslim lands.

The government is still determining whether the death penalty is an appropriate course of action. The defense is trying to gain access to investigative records that implicate his brother in the triple homicide. They believe that this can possibly spare Dzhokhar the death penalty by arguing that he fell under the influence of his elder brother.

Those present at the race support these restrictions and the prosecution. Mary O’Brien, who was at the finish line during the bombing, told CBS Boston, “Look what he’s accused of doing, I was there and it was scary. I don’t think he should have access to anyone.” She added, “I don’t think it’s too much.”

Dzhokhar’s attempts to loosen the restrictions and the drop the death penalty are shameful. His defense of being under the influence of his brother is no excuse for murder, and is not only flimsy, but insulting to the families of the victims. His failure to stand up to evil resulted in three deaths and devastation for not only a community, but for a nation.

Allen Collier, father of Sean Collier an MIT officer killed during a shootout with police on April 18, told the Boston Globe, “I can sense their commitment to prosecuting this individual for my son, I couldn’t be happier” and “I think they owe it to me and the other victims’ families.”

It is not surprising that a man who was quick to pull the trigger would shy away from his own well deserved fate. It is one of America’s redeeming qualities that we would allow this man access to American jurisprudence that he so scorned and hated and even entertain the notion of whether or not he deserves the death penalty. There is nothing more insulting then this young man’s actions and his cowardice speaks volumes about the enemies we face.

He deserves to reap what he sowed and pay for his deeds to the full extent of the law. The victims, the nation and the international community need to see that justice is done, and that cowardly deeds will have to be answered for in a court of law.

It is an insult to the affronted if justice is not served in the efforts to defend American principles. It is our duty to send a message that no matter how barbaric the attack the person will stand trial and answer for their crimes, even if that means the death penalty.

AP – This undated file photo, provided April 19, 2013, by the Federal Bureau of Investigation shows Dzhokhar Tsarnaev, surviving suspect in the Boston Marathon bombings. Tsarnaev, who faces a potential death penalty, is fighting to get access to investigative records that implicate his dead older brother in a triple slaying in 2011. In a filing this week in federal court, prosecutors say they have alerted Dzhokhar Tsarnaev that a friend alleges that Tsarnaev’s older brother, Tamerlan, participated in the killings. The friend, Ibragim Todashev was later shot to death in Florida while being questioned by authorities.  The younger Tsarnaev’s lawyers have argued that evidence about his brother’s involvement in the triple killings provides “mitigating information” that is critical to his defense. (AP Photo/Federal Bureau of Investigation, File)

NBA Postseason Begins with Two Former Duquesne Players on Rosters — — T.J. McConnell, who played basketball for Duquesne in 2010-11 and 2011-12 before transferring to Arizona, has been on the Philadelphia 76ers’ roster for […]

March 23, 2019 The Duquesne Duke News Comments Off on Rosfeld trial ends in not guilty verdict

Kailey Love | Editor-in-Chief 3/26/2019 The trial of Michael Rosfeld, a former East Pittsburgh police officer charged with one count of criminal homicide for the fatal shooting of unarmed black teenager Antwon Rose II in […]

October 26, 2017 The Duquesne Duke Opinions Comments Off on O.J. Simpson arrested for murder of wife Nicole

By Vince Gullo | Staff Columnist 10/25/17 Disclaimer: This column is from our throwback 90’s edition and is written from the perspective of someone in that decade. To call it shocking would be an understatement. […]