Duquesne women fall to St. Joseph’s in A-10 quarterfinals 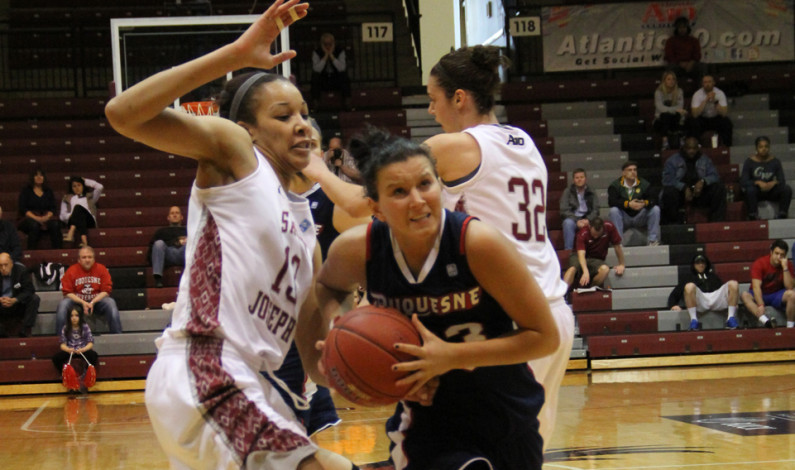 Addie Smith | Sports Editor After a close first half, the Duquesne women’s basketball couldn’t find a way to overtake St. Joseph’s in 73-60 loss in the quarterfinals of the Atlantic-10 tournament Saturday. Despite great performances from junior forward and A-10 First Team honoree Wumi Agunbiade, who scored a team-high 20 points, and senior guard […] 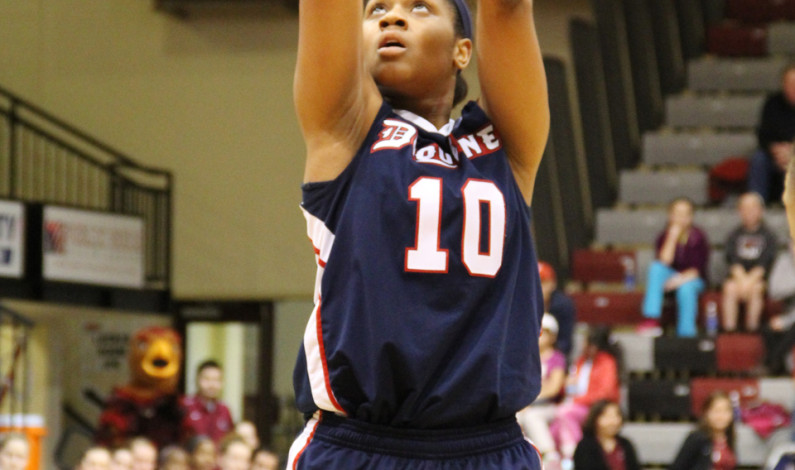 Pat Higgins | The Duquesne Duke After defeating Virginia Commonwealth University in the first round at the Atlantic-10 Tournament last Friday, the Duquesne women’s basketball team positioned themselves for a quarterfinal rematch with St. Joseph’s; a team they lost to by one point in an overtime thriller at the A.J. Palumbo Center earlier in the […]

By Saúl Berríos-Thomas     A man who knows more about boxing than almost anyone else in the game is very hard to beat. Bernard Hopkins knows more than that man. Hopkins fought his first fight in 1988, which is the year Keith Thurman, the champion on his undercard, was born. The main event on […] 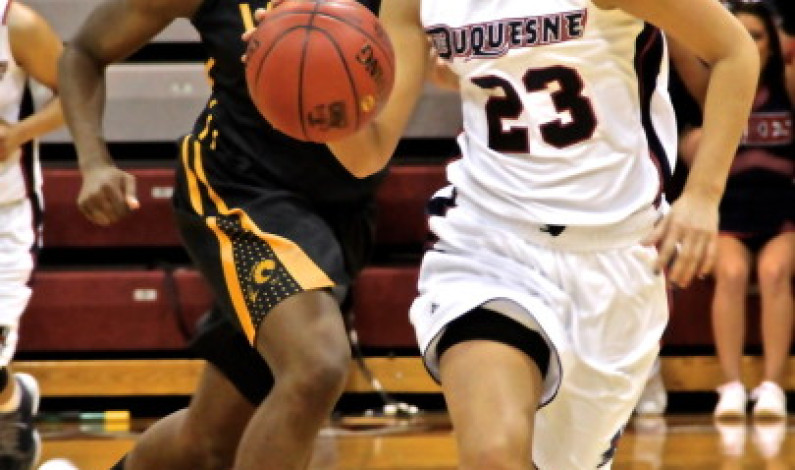 By Pat Higgins | The Duquesne Duke It was a story of two halves for the Dukes in their first round matchup against Virginia Commonwealth University in the Atlantic-10 Women’s Championship. After a rocky start at the Hagan Arena in Philadelphia on Friday afternoon, the Dukes maintained their composure while playing from behind for most […]

Keys to a round two victory for Duquesne women

By Addie Smith | Sports Editor The Duquesne women’s basketball team pulled out a narrow 64-58 victory over the Virginia Commonwealth University Rams Friday afternoon and have more on their plate when they face host of the Women’s Atlantic-10 Championship St. Joseph’s University tomorrow afternoon at 2:30 p.m. The last time the Dukes and Hawks […]

By Saúl Berríos-Thomas     Each boxing match is very different. On Saturday there were two very different fights, but both were extremely entertaining. There was a complete domination with some of the best technique you will see and there was a very competitive brawl that could have gone either way. Which one is better? […]

Nittany Lions too much to handle for Dukes

By The Duquesne Duke on February 28, 2013 duquesne lacrosse, lacrosse Sports

Saúl Berríos-Thomas | Layout Editor The Duquesne women’s lacrosse team put up a solid effort on a rainy night against the 11th ranked team in the nation. The Dukes (2-1) fell to Penn State (2-1) 16-9 at Rooney Field on Wednesday night. Coach Michael Scerbo said he thought his team held their own against the […]

Duquesne loses to St. Bonaventure, still only have one conference win

By The Duquesne Duke on February 28, 2013 basketball, Duquesne Sports

Julian Routh | Asst. News Editor In the first time in history sporting black jerseys, the Duquesne Men’s basketball team dropped to 1-12 in Atlantic-10 conference play Saturday night at the A.J. Palumbo Center with a 78-71 loss to St. Bonaventure. In a game that saw coach Jim Ferry start three freshmen for the fifth […]

Blame for losing season should not be on Ferry

Wes Crosby | News Editor It’s no secret that the Duquesne men’s basketball team is in the midst of one of its worst seasons in recent memory. The program’s fans are understandably expressing frustration with its 8-19, 1-12 record, especially after its aberration of a 7-5 start. And there is plenty of blame to go […]

The Art of: A Tennis Serve

Fred Blauth | Photo Editor Tennis, the famous sport with roots in Birmingham, England in the 19th century, is loved by many, including myself. My love of the game urged me to team up Megan O’Sullivan, an England-native and senior Duquesne tennis player to teach me how to give a proper serve. We planned to […]