Disclaimer: This writer is also involved in this production.

More than a year ago, John E. Lane Jr., the director of the Theater Arts program at Duquesne University, approached Justin Sines and said, “I would like to play Dysart in Equus, and I would like you to direct.”

Sines agreed, and from that point until opening, their efforts have been dedicated to trying to craft Peter Shaffer’s Equus into the best show it could be.

The story of Equus is the story of Dr. Martin Dysart, a psychiatrist who has taken the case of Alan Strang, a 17-year-old boy who blinded six horses. Lane has been an integral part of the show from the very beginning.

After seeing the Pittsburgh Public Theater’s production of Equus in October, Sines said of Lane, “I think that John’s presence on stage … really helped solidify that the show is about Dysart and his reactions to what happens to Alan.”

This production is staged in the round, meaning the audience is on all four sides of the stage, a directing first for Sines as well as a first in the Genesius Theater. Sines’s decision goes against the original staging for Equus.

“We have many different ways to set the stage up … and I wanted to do the round,” Sines explained. “In the original production, they talk about how all the actors are on stage the whole time, so the horses are on the stage, watching the play.”

He wished to use the audience being on all sides to highlight how theatrical the production really is.

“I wanted you to not only see the actors but the audience around you and see their reactions to what’s happening,” Sines said. “I think that takes you out of the idea that this happened to someone and makes you feel, This is theater, and it’s making me feel something.”

Equus is well-known within the theater community, but Sines wanted to give those who have only ever heard of Equus a chance to see it for themselves.

“For those people who love theater, [Equus] is a very canonical play,” Sines said. “I think everyone has heard of this play … It’s one of those plays that every theater person knows, but have they seen it?”

Sines is very proud of what he has made. There is nothing that he would have gone back to change or wished that he was able to do.

“I think this is the first time that I’ve directed a production that all the pieces that I wanted really came together,” Sines said. 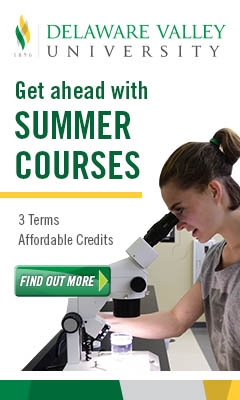 By Josiah Martin | Staff Writer Performers are sometimes limited by what is on the paper in front of them. But when the source material’s flaws are corrected by an amazing cast, you have a […]

August 17, 2017 The Duquesne Duke Features Comments Off on Duquesne musts: Campus’ best ways to get involved

Leah Devorak | Editor-in-Chief Starting college is a daunting task. Moving into a dorm and leaving your family behind is bad enough, but it only gets tougher from there. With loaded schedules, difficult classes and […]

By Zachary Landau | The Duquesne Duke I really liked the Red Masquers’ production of “A Midsummer Night’s Dream.” Funny from beginning to end, this show is a spectacular example of comedy at its finest. […]