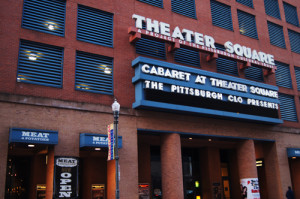 By Caitlyn Braun|For The Duquesne Duke

Pittsburgh is known for steel, sports and … romance?

On Jan. 30, The Forbes Travel Guide released the list for the “10 Unexpectedly Romantic Cities,” with Pittsburgh on the list. Accompanying Pittsburgh are cities such as Sydney, Brussels and Washington, D.C. It cited Pittsburgh’s plethora of bridges, wondrous skylines, and the “softer side of the steel city” at the top of Mt. Washington as just some romantic features.

Phipps Conservatory in Schenley Park is one of the staple features of the city for Pittsburghers.

According to Liz Fetchin, the director of marketing and communications at Phipps, “[Phipps] is one of the most romantic spots in Pittsburgh” citing the Victorian glass dome and 17 indoor gardens as reasons for Phipps’ romantic reputation.

Fetchin said Phipps is open until 10 p.m. on Friday nights and “once the twinkle lights are on it’s a really great place for a date night because couples can experience all of the sights and smells.”

Through Valentine’s Day the conservatory will be hosting the Orchid and Tropical Bonsai show. Fetchin says the exhibits that travel through Phipps make it special because they “…are a new take on beauty and art versus a traditional museum.”

Phipps opened its doors in 1893, making 2013 its 120th year and Fetchin said that the mission of Phipps has remained constant.

“Our main objective is to bring beauty and pleasure to Pittsburgh,” Fetchin said.

Wirginis says that the fleet has been running for 55 years and is a “Pittsburgh staple.”

“Couples look to us for a destination. We aren’t the typical date-night because we offer a moving restaurant and we offer the best way to see Pittsburgh,” Wirginis said.

The Gateway Clipper Fleet also offers two Valentine’s Day cruises on the 14th and the 16th that have live entertainment as well as giveaways from local companies. According to Wirginis, the cruises host about 800 people every year.

“We have a lot of repeat business with our holiday cruises,” Wirginis said. “I think that shows how special we are in Pittsburgh.”

The romantic music-lover can make a trip to Heinz Hall to hear the Pittsburgh Symphony Orchestra or venture to the Cabaret Theatre at Theater Square to see a Pittsburgh CLO show.

Currently at the Cabaret, Robin Abrahamson and Gregory Johnson are starring in the CLO comedy “You Say Tomato, I Say Shut Up!”

According to Kirk, the play, performed through May 5, along with all of the Cultural District nightlife, adds to Forbes’ definition of the Pittsburgh romance.

“It is a couple’s comedy,” Kirk said. “It’s a great personal romance for people to enjoy.”

The Cabaret Theatre also hosts interactive shows every Saturday and Thursday that include comedy jams and murder mysteries. According to Kirk, the interactive events offer something special for couples.

“This Saturday we are actually hosting an I Love Lucy-themed murder-mystery and we have jazz and salsa classes for couples too,” Kirk said.

The Cultural District is also home to the Pittsburgh Ballet Theater. The PBT offers a range of dramatic and narrative ballet performances at the Benedum and August Wilson centers.

“Dance has a tremendous romance to it. It uses the human body and musicality to portray romance. We are all about romantic story-telling” said Terrence S. Orr, artistic director of the PBT.

Pittsburgh Ballet Theater’s next production, starting on Feb. 14, will be the classic tale of love and loss in “Moulin Rouge — The Ballet.”

“This performance will take the audience to Paris to enjoy Moulin Rouge. What’s more romantic than that?” Orr asked.

According to Forbes, Grandview Avenue on Mt. Washington offers a new perspective of Pittsburgh. To reach the top, Pittsburghers can take the Duquesne Incline. The incline is a historical landmark that travels up the side of Mt. Washington where Pittsburghers and tourists can experience a part of history as well as catch a glimpse of the skyline.

Chuck Wise has been the night operator at the incline six days a week for 15 years and is also a resident of Mt. Washington.

Wise also commented on how memorable an experience it can be to ride the incline, especially for people not from Pittsburgh.

After exploring the lookout spots at the top of Mt. Washington, couples can enjoy a romantic evening at any of the restaurants nestled amongst the views. Karen James of Oakmont, who has been to Mt. Washington countless times, said, “I never get tired of l coming up to Mt. Washington… Isabela on Grandview is the best place here. The food is good but the view is the best. You can’t ask for a better experience. ”

Although it may be hard to see past the skyscrapers and sports fans, romance and charm are lurking around every corner in the Steel City.

February 2, 2017 The Duquesne Duke Features Comments Off on Rock that résumé: Crafting a perfect personal image

By Seth Culp-Ressler | Features Editor For most seniors in college, the spring semester of their final academic year is a daunting, stressful time. Finally, after years of having the question “What are you doing […]

Brandon Addeo | News Editor Does the use of armed aerial drones for targeted killings of suspected terrorists comply with law and ethics? That was the topic of discussion at “Law, Ethics and the New […]

By Kaye Burnet | News Editor “Our goal is to change the way the world looks at these smart and capable people,” Best Buddies of Duquesne president Allison Trouten said. Senior biology major Trouten has […]