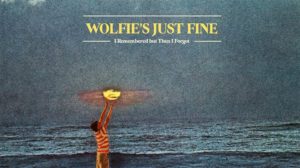 What it Means – Raymond Arke

The Drive-By Truckers, an alternative country rock band, tackle tough issues like racism in their politically-fueled album “American Band,” and their tone is highlighted in the song “What it Means.”

The song details the police shootings that have captured America’s attention, specifically mentioning the killings of Michael Brown and Trayvon Martin. The lyrics question the purpose of shooting unarmed black young people. They wonder how, even though we have a black president and we have made so much progress, such systemic racism exists in America. They confront the hypocrisy of some people who attempt to explain away the deaths. One of the most potent lines addresses how there still is a racial gap, saying: “I mean Barack Obama won and you can chose where to eat/ but you don’t see too many white kids laying in the street.” They challenge the idea that America has become a post-racial society.

It’s unusual to hear an all-white band singing in a country twang about the evils of racism. The song is fueled by a powerful, driving drum beat adding a serious tone to the music. In an unsettled and hostile political climate, The Drive-By Truckers call on people and think about “what it means” when “the outer edges move and dazzle us, but the core is something rotten.” This powerful and moving song from an unlikely source perfectly captures the mood of an uncertain and confused country.

I’ll be frank: The only reason I listened to this song in the first place is because of the “Friday the 13th” reference in it. Nonetheless, this tune by Wolfie’s Just Fine, headed by Canadian comedy musician Jon Lajoie, is a hauntingly beautiful part of the band’s debut album.

The song brings the listener back to childhood, as the narrator’s friend pops in a horror movie they’re not supposed to watch. He finds himself oddly captivated by the graphic sex scene occurring on screen… that is, until infamous movie murderer Jason Voorhees shows up to do what he does best.

Despite the scary connotation of the song, its smooth melody is very relaxing and holds a tinge of nostalgia to it. We’ve all had that moment in our childhood when we did something our parents told us not to do, and “The New Beginning” speaks to that memory. Its smooth flowing style and killer hook (pardon the pun) certainly help, transitioning from calming to suspenseful in a seamless and natural manner.

Even if you don’t like horror movies, give “The New Beginning” a listen and bring out your inner child harmoniously.

My love of Bowie is probably clouding my judgement on this one, but I don’t care. “Blackstar” is consistently good from start to finish, and it is a near perfect amalgamation of Bowie’s entire career wrapped up in a slick and stylish package. It is pretty close to being a perfect album, held down by its short length and over-reliance on certain instrumentation, but I heartedly suggest it to anyone looking for new music or who want to get into Bowie.

P!nk is finally back to making music after a four year long hiatus. With her release of “Just Like Fire” for the movie “Alice Through the Looking Glass,” P!nk’s no-hold-back vocals and songwriting prowess shine through. Using inspiration from Alice’s character in the feature film, she wrote an anthem about being a strong fighter who stands up for what he/she believes in and does not take no for an answer. This track has a catchy hook, a gnarly bass line, a slight rap break and beautiful falsetto notes that culminate to create another stunning P!nk song. The music video itself is also a work of art. The video featuring her husband, Carey Hart, her daughter, Willow Hart, and herself takes the viewer through the magical and crazy world of Wonderland. “Just Like Fire” is an amazing melody and holds its own, even if it was not tied to “Alice Through the Looking Glass.” This track is easily one of the best to come out of 2016.

On the heels of her latest EP’s release, musician LP came to Pittsburgh’s Rex Theater in July. Her breakup song “Other People” perhaps lives in the shadow of her more well-known piece “Lost on You,” but it carries its own unique bite. “Other People” opens with LP’s signature whistling before vacillating from a somber reflection on days gone by to bitterness about being left in the dust for “something else.”

Lyrics like “No more song, no more dance, no dance floor / We left it all to chance, no encore,” a handful of F-bombs and accusations of being unfaithful round out the song’s essence. “Other People” is an anthem for anyone coping with the recent sting of a breakup gone bad. LP’s melodic cynicism (“Thank you baby, thank you babe, darling / Don’t explain, don’t explain”) might inspire you to sing along, but do not feel bad if you cannot quite replicate her whistling. The only thing better than listening to this satisfyingly harsh piece on repeat is getting to hear it live.

“These Words” by The Lemon Twigs was one of the strongest and most interesting songs of 2016, and it somehow fell under most people’s radars. The Lemon Twigs are a group comprised of brothers Brian and Michael D’Addario and their backing band, who perform a late-’60s infused baroque pop-rock. Their style of music is equal parts familiar and indescribable. Casual listeners may draw connections between songs, like “These Words” and the Beatles’ later songs such as “Sun King” and “Don’t Let Me Down,” but closer listening will show more connections to the punchy and intricate instrumentation of “Yes” with the vocal harmonies and songwriting of groups like Big Star. Whatever their influences may be, the Lemon Twigs truly delivered an unforgettable song with “These Words,” pairing beautiful lyricism and vocals with a dynamic and, a rarity in modern pop-rock, competent, interesting instrumental. This was the Lemon Twigs’ first single, from “Do Hollywood,” their technically second album being marketed as their debut. If this is just the start for the Lemon Twigs, they have a bright future ahead of them and, given that they’re only 19 and 17 years old, a long one at that.

What makes a great song is great emotion, and that’s exactly what “i hate u, i love u” by gnash has. This sultry rap-pop ballad features a soothing piano melody juxtaposed by desperate, flowing words exploring the painful feelings of unrequited love.

The lyrics are probably the best part of this irresistible, heart-wrenching song. What makes them so great is that they don’t just rhyme well or have perfect rhythm, but they also make some incredibly profound conclusions that delve into losing love without being tacky or off-putting. This is due to the wonderful writing behind them that makes the details of what happened so specific and general enough that anyone can find a way to relate to them, thus making them listen over and over again.

The voices of the two singers — rapper gnash and featured artist Olivia O’Brien — help drive the song home, along, with their unique rawness emphasizing their anger and sadness. This gives the lyrics even more meaning than they normally would have, but only in the original version of the song. The radio edit is much less powerful, probably due to the removal of the intense explicatives. So if swearing doesn’t bother you, be sure to catch the original.

Nicolas Jozefczyk | Staff Writer 08/23/18 Aretha Franklin, with a voice that could move generations, passed away on Aug. 18, 2018 due to pancreatic cancer of the neuroendocrine type. Dubbed the “Queen of Soul,” Franklin […]

Josiah Martin | A&E Editor 08/30/18 Sophomore albums say a lot about a band, and where they’re moving next musically. It is odd that the Lemon Twigs’ second album should be a concept album, a […]

By Sean Ray | a&e editor This past Sunday, the world was rocked by the death of British musician David Bowie. Bowie, who passed after a battle with liver cancer, had just released his album […]