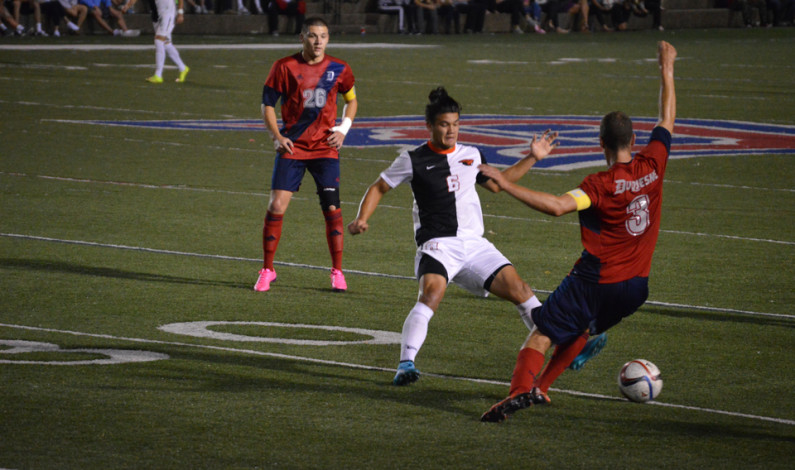 By Sam Noel | The Duquesne Duke In a hard fought defensive game, the now 1-3-0 Duquesne men’s soccer team fell 1-0 to Cleveland State at Rooney Field on Sunday in the final game of the Duquesne Invitational tournament. CSU’s Hesham Hammouda’s lone goal in the 15th minute of the first half off of a well-placed ball […]

Colin Phillips | Special to the Duquesne Duke Colin Phillips (right) is a junior defenseman for the Duquesne men’s soccer team. The Dukes recently travelled to Philadelphia for a two game road trip. Here is Colin’s account of the weekend. Days 1&2: As the professor rambled on, my foot couldn’t stop tapping. Anxious tapping; a […]