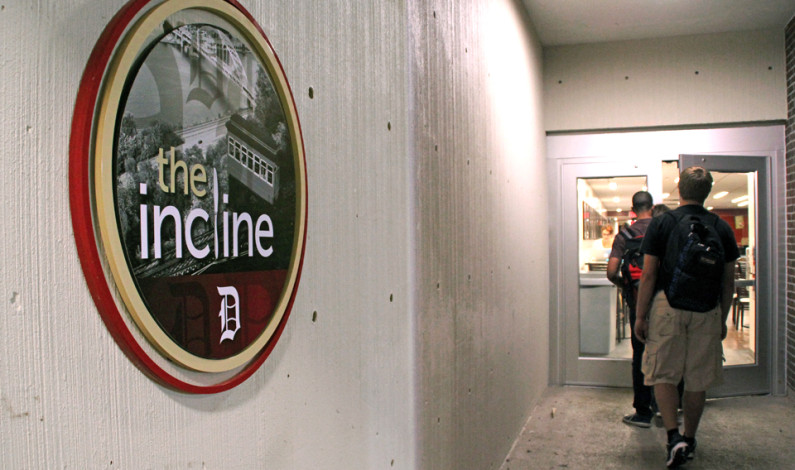 By Brittney Jackson | The Duquesne Duke With new menu options and a renovated dining area, The Incline, formerly known as the Off Ramp, opened Tuesday on the first floor of the Student Union. The Incline offers various dining stations such as Salads by Design, Build-a-Burger and a pizza station, Rustica, previously named 1878. Breakfast […] 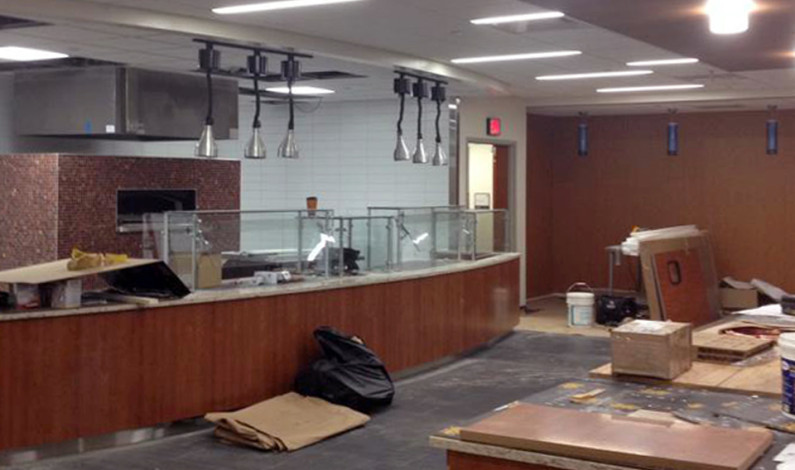 By Kaye Burnet | The Duquesne Duke There were plenty of hard hats and bulldozers on campus this summer, as the Duquesne facilities management team executed several construction projects. Returning students will notice a number of changes, including a completely renovated and refurbished Off-Ramp dining area and plenty of progress on the $4.5 million dollar […]

By Kaye Burnet | The Duquesne Duke Parkhurst Dining Services will continue its partnership with Duquesne next year after making changes in menu, payment methods, and the redesign of the Off-Ramp. According to Parkhurst district manager David Manz, the Off-Ramp food court will receive a face-lift over the summer to look more like the Nite […]

By Duke Staff This summer, Duquesne University made the switch to Parkhurst Dining and gave Aramark, our previous food provider of 28 years, the cut. At this point in the semester, this will not come as news to students looking for a place to eat on campus. Parkhurst was chosen to replace Aramark in an […]

Digging into Duquesne: Where Do I Go If…?

We at The Duke understand that getting accustomed to college life can be difficult. To accompany you on your journey, we’ve compiled a list of places you will need to become familiar with to survive at Duquesne.  Where do I go if… …I’m hungry? Sean Hogan Dining Center: Duquesne’s main cafeteria, located on the second floor […]