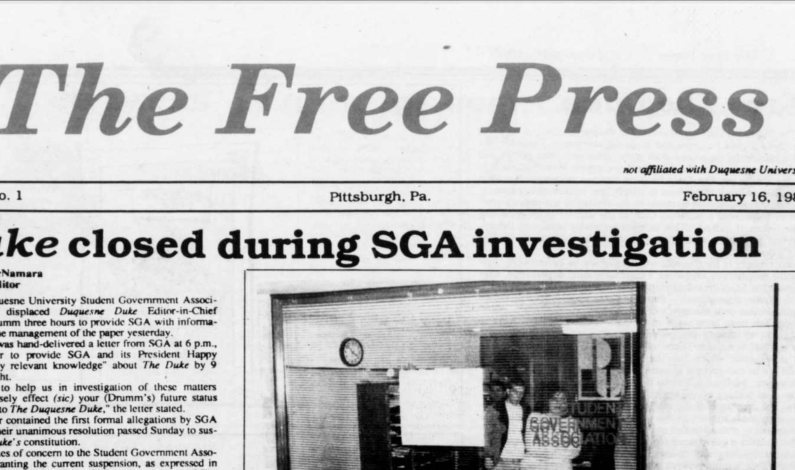 By Jamie Crow | Staff Writer Since 1925, The Duquesne Duke has been serving the Duquesne community by reporting on the issues that matter. Thanks to the Gumberg Library Digital Collections, our 90-plus year history is always just a few clicks away. With that in mind, here is the fifth of many dips back into […]