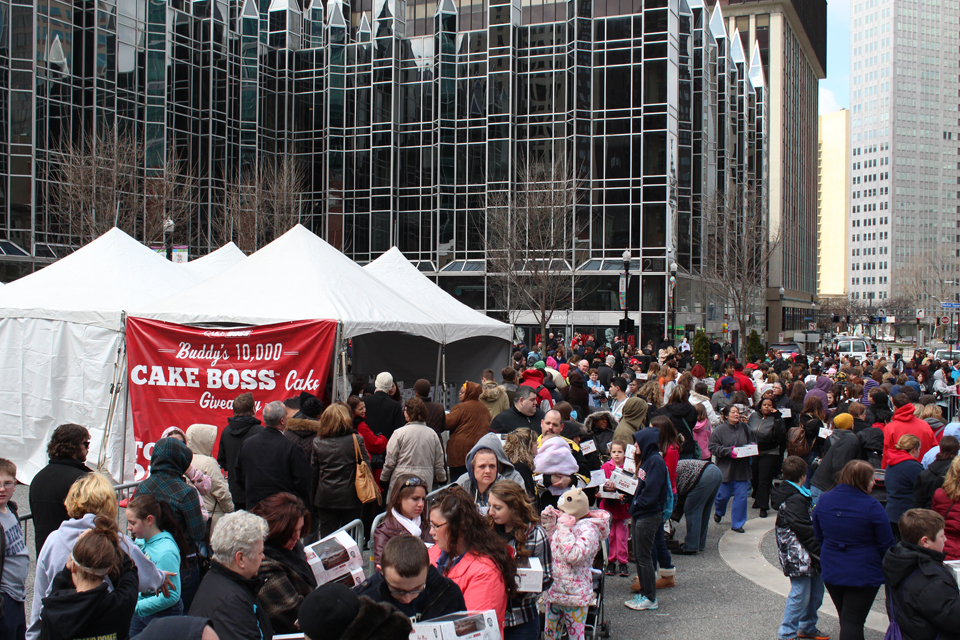 Thousands of people line up Tuesday in Market Square for free cakes during the Buddy’s 10,000 Cake Boss Cake Giveaway. Buddy’s Bakery, owned by Buddy Valastro, of the TLC series Cake Boss will be selling its cakes nationwide. The Cake Boss will lauch with a line of six cakes inspired by the flavors, techniques and styles of the cakes featured on the show. Police arrested a man for stealing four cakes from an unattended tent.

By Pat Higgins | Asst. Sports Editor It was a failure to secure federal grant money from the Department of Transportation last September that first threw a hitch in the Lower Hill Redevelopment Project where […]

In the not too distant future, acclaimed cult TV series revives

April 20, 2017 The Duquesne Duke Arts & Entertainment Comments Off on In the not too distant future, acclaimed cult TV series revives

Josiah Martin | Staff Writer Rebooting a television series with as strong a cult following as “Mystery Science Theater 3000” could have had disastrous results. The series’ original run, from 1988 to 1999, appeared to […]

By Grant Stoner | The Duquesne Duke The Sandy Hook Elementary massacre on Dec. 14, 2012 deeply affected Thomas Jefferson High School maintenance worker Jay Atkinson; so much so, that his grief was the catalyst […]