By: Gregory Perciavalle and Sam Fatula | The Duquesne Duke 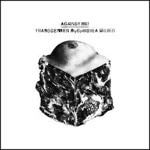 Against Me!
Transgender Dysohoria Blues

Sometimes the music has a message, and there is none clearer than that of Against Me!’s latest album Transgender Dysphoria Blues, which candidly addresses the feelings of singer Laura Jane Grace, who was until recently named Tom Gabel.

The lyrics of the album detail life with transgender dysphoria, or gender identification disorder. At times, the lyrics are quite bleak, suggesting the misunderstood and often-overlooked pressures put on transgender individuals. “Transgender Dysphoria Blues” bares its teeth and snarls for a full 29 minutes, with lines like “they hold their breath not to catch the sick,” and others (as well as song titles) that are too explicit to put in print.
This purposefully obvious change in subject matter does very little to distract from the music. Transgender Dysphoria Blues is still a roaring punk album that stands proud with a message and a relentless rock soundtrack to accompany it. – GP 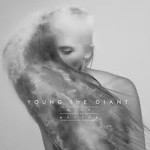 Young the Giant
Mind Over Matter

Southern California’s Young the Giant came into 2014 with much anticipation.  Not having released a full-length since Oct. 2010, expectations were deservedly high for the band to deliver with something solid, especially since having signed with Fueled By Ramen Records, who have groomed talents like Fall Out Boy, Paramore and Panic! At the Disco.

The sophomore release, Mind Over Matter, comes off as particularly puzzling.  One would think that after a number of years, Young the Giant would have developed a specific sound that could be recognized throughout the album.  Instead, what is received is a 13-track LP with zero ounce of continuity.  Some tracks, like single “It’s About Time” are rock-heavy and distorted, and eventually transition to indie-rock/pop synth tracks like “Crystallized” and “Mind Over Matter.”  Despite its nonexistent flow, the album has a small group of hits and still shows potential for something better. –SF 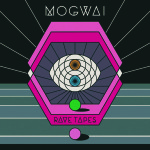 Mogwai’s latest record Rave Tapes starts out slow and stays that way.  Newcomers to Mogwai’s sound must note that this is actually the cornerstone of their individuality.

Rave Tapes is  an instrumental album. Clocking in around at 50 minutes, it features sparse lyrics on only three songs, one of which is a spoken word segment about the Led Zeppelin song “Stairway to Heaven.”  On “The Lord is Out of Control,” lyrics are sung with a vocal effect that sounds like the singer has an accordion in his throat.

This album ultimately lacks hooks, riffs, words and catchy parts in general, falling short in being immediately memorable. Beginning in 1995 as a much heavier band, their songs have become simpler over time with Rave Tapes being no exception. Mogwai’s shortcomings in mainstream accessibility translate well into songs that slowly snowball, build layers of instrumentation and fervor, and bloom into songs that are equal parts haunting and beautiful. If you have time to kill, Rave Tapes will leave in you in a dream like state. – GP