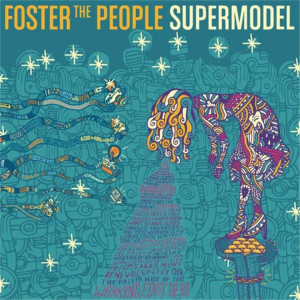 As Mark Foster introduces the beginning of the anticipated sophomore release Supermodel, a state of disappointment and displeasure arises. With an ambition to remain in the indie-mainstream culture, the band’s instrumentation and catchy choruses fall flat this time.

Album opener “Are You What You Want To Be?” might have the worst hook on Supermodel. Foster attempts to draw the listener in with repetitive “na-na-nas” in the chorus, but in actuality the result is boring. It makes the song a pain to finish listening to, and the unfavorable melody that coincides with it makes it even worse.

Fortunately, Supermodel does get progressively better in some aspects. The single “Coming of Age” is reminiscent of Torches, their debut album, and will make for a good radio song this summer. Some ambitious parts of the album actually work, as the band decides to sample A$AP Rocky on track “A Beginner’s Guide to Destroying the Moon.”

Supermodel is a letdown for the band, and it leaves listeners with nothing memorable. –SF 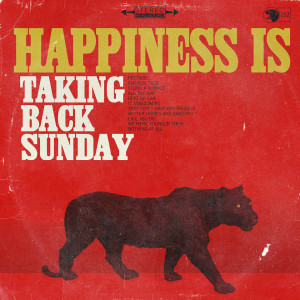 Taking Back Sunday
Happiness Is

Taking Back Sunday is a band that has been caught somewhere between punk/emo and a more mainstream alternative rock.

Happiness Is is the band’s sixth studio album, released roughly 11 years after their cult classic first album Tell All Your Friends. Although Happiness Is is stylistically different than that beloved debut effort, TBS fans should find themselves satisfied with the progression.

With songs like the high-energy single “Flicker, Fade” and the anthemic “Stood a Chance” it is clear that the band is out to prove the point that they still deserve to be recognized in mainstream rock music.

Lyrically, the album has its ups and downs. There are powerful songs like “It Takes More” that discusses the hardships of growing up and lazier songs like “All The Way” that are focused more on catchiness than the message.

This is a solid album by a band that either knows exactly what it is doing or is in complete identity crisis. If they are the latter, the title Happiness Is may suggest that they are fine with that. –AK 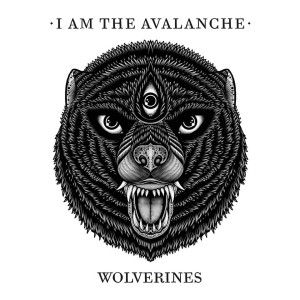 I Am The Avalanche
Wolverines

The name of I Am the Avalanche’s third studio album, Wolverines implies that the record will be tireless and hungry, much like the animal itself. Wolverines delivers on this, as the band hardly stops yelling its frustrations for the duration of the band’s latest album.

It is clear from the tone that I Am the Avalanche is calling out to all the evils in the world and making them answer for their deeds. The band’s pointed lyrics blame the devastation brought by Hurricane Sandy in the song “Where Were You?”, the bad luck that caused singer Vinnie Caruana to suffer a spinal injury in “The Shape I’m In” and even the miscommunications that end relationships (“Anna Lee”).

The band’s delivery is precise and thoughtful, as the instruments are mixed well and the rough vocals adequately relay the songs’ messages. Despite a keen ear for lyrics, many songs lack variety, where a catchy chorus is followed by another that sounds too similar, resulting in a forgettable listen. Wolverines is middle of the pack. – GP