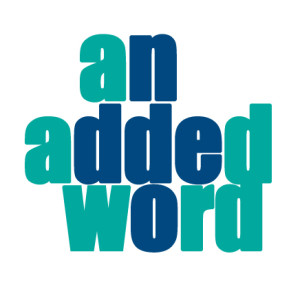 I’m not a person to have a favorite season.

I mean, I guess autumn is pretty cool, but my favorite season technically spans out over three. My favorite season is hockey season. I don’t know what brought this on, but there is just something about the NHL and college hockey.

Hands down, hockey is my favorite sport to watch, build fantasy team for and enjoy overall. The main reason I aim for a career in sports journalism is to work for an NHL team. The first day of hockey season is my Christmas.

So when the NHL season started Tuesday, obviously I was very excited. My favorite time of the year is back in full swing and this season I’m more excited than ever because of all of the events on the NHL schedule and the hockey schedule in general.

There’s going to be a plethora of outdoor games, including one between the Blackhawks and Penguins. The Winter Classic will be back in full force at Michigan Stadium at the University of Michigan. Then, it will be full force into the Olympics, another hockey staple that only occurs every four years.

With the new divisions, it will be interesting to watch teams adjust to new foes. Especially with the Red Wings coming over to the Eastern Conference and the Metropolitan Division (yes, that is a new division name that they came up with during the realignment). Currently, the Pittsburgh Penguins and the Boston Bruins are the favorites in the Eastern conference, with the Chicago Blackhawks and Los Angeles Kings taking the favorites crown in the West.

Needless to say, this season of hockey is going to be a good one. We’re going to experience the ups and downs of cheering for a team, the agony of the trade deadline, the patriotism for our country in the Olympics. We’re going to enjoy it all, but have some moments where we feel like throwing our computers. (Here’s looking at you, Quit Staaling, aka my fantasy team).

It’s time for the best season to begin and bring with it the joys and sorrows that hockey fans will experience. It’s time for hockey.

Tom Wilson does not deserve our sympathy

October 11, 2018 The Duquesne Duke Columns, Sports Comments Off on Tom Wilson does not deserve our sympathy

Adam Lindner | Sports Editor Oct. 11, 2018 Of all the things that go into making Sidney Crosby the great player that he is, his on-ice awareness is one of the most significant. At any […]

June 23, 2017 The Duquesne Duke Sports Comments Off on Merci, Marc-Andre

Bry McDermott | Asst. Photo Editor On June 21, 2003, the Pittsburgh Penguins selected Marc-Andre Fleury first overall in the NHL Draft — just the third goalie in history to be taken at No. 1. […]

Predicting the NHL’s first round outcomes

April 12, 2018 The Duquesne Duke Sports Comments Off on Predicting the NHL’s first round outcomes

Jacob Hebda | Staff Writer 04/12/2018 Despite the winter-like conditions in Pittsburgh, the city is about to heat up as the Penguins prepare for another playoff run. However, the Pens will have to overcome a […]