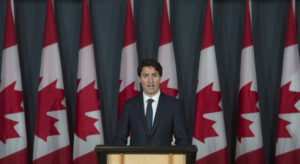 From Justin Trudeau to James Charles no influencer is safe from the wrath of the public.

Over the past decade, social media has become a huge societal norm in which every day people are able to share their opinions on celebrities, political voices and news outlets — also referred to as the fifth estate. The critical mass of users on these platforms act as a watchdog; they are able to unapologetically use bias and state facts about people and events that certain outlets conveniently leave out of their articles.

From this spawned the creation of a new culture: cancel culture, Cancel a trend on multiple social media platforms —especially Twitter — which a large group of people essentially ‘call-out’ influencers in attempt to eject them from fame due to their actions, words or beliefs.

Most of the time these call-outs come from accusations with little proof, but people jump on the bandwagon regardless of its affirmity; however, sometimes these accusations are then backed up with more proof due to the spread of the news to the general public.

One of the most recent ‘canceled’ public figures is Canadian Prime Minister Justin Trudeau after a leaked photo of him in brownface surfaced. The photo was taken in 2001 and was featured in a yearbook of the school he was teaching at.

After the photo was released, thousands took to Twitter to share their opinions, ultimately resulting in political party conflicts. Twitter user @RubinReport described it as ‘asymmetry.’

“The fact is if this was anyone on the Right it would be a massive scandal and they’d be forced to step down. Trudeau is progressive media darling thus will get a pass. Cancel culture is bad enough but the asymmetry of it can’t stand much longer.”

The user does make a point about the lack of repercussions Trudeau has received professionally thus far; however, the fifth estate overall has expressed their disappointment in Trudeau, as they should.

The use of brownface in 2001 is just as unacceptable as it is now in 2019. There is no excuse for his actions and the public should call him out for it — as they are. With that said, Trudeau has publicly apologized and does not condone his own actions.

“I shouldn’t have done that,” said Trudeau in a statement. “I should have known better and I didn’t. I’m really sorry.” He then continued on to agree that it was racist. “I didn’t consider it racist at the time, but now we know better.”

The questions then become, do we forgive them? How much is too much?

In this case, Trudeau’s credibility is knocked and there should be repercussions; however, over the past few years, he has shown his support for progressivism and inclusion, and his contributions to his country prove his growth as a human. With that said, the public should be wary of what he says and remind him of his serious mistake.

Another recent ‘canceled’ celebrity to hit the headlines is YouTube star and beauty influencer, James Charles.

After a conflict between Charles and his mentor, Tati Westbrook, over a vitamin promotion Charles took part in, Westbrook released a YouTube video titled “Bye Sister,” condemning Charles for his betrayal of her brand. A series of other videos followed between the two, eventually causing Charles to lose around three million subscribers —Westbrook gained around four million. The cancel culture of Twitter even went as far as creating a trending hashtag: #JamesCharlesIsOverParty.

In this case, cancel culture walks the line between call out and bullying. The toxic side of cancel culture includes death threats and unnecessary insults thrown at people who have barely done anything wrong. Charles made a mistake to help promote another brand; however, the gravity of his mistake comes nowhere near that of Trudeau’s. Yet here users were destroying Charles public image over a commercial.

Charles’ situation then escalated to the point of unconfirmed accusations of sexual predatory —all because of a brand promotion mistake.

“Joining in on bandwagon hate and cancel culture is incredibly, incredibly toxic,” said Charles in his video titled “No More Lies.” “It’s very concerning to me that, as a society, we’re becoming okay with guilty until proven innocent instead of the other way around. I truly hope that everyone who participated in this…take the time to think about your words and the impact that they may have on others because I assure you and I promise you, it’s a lot stronger than what you may think.”

The biggest problem with cancel culture is its toxicity and escalation over mostly simple things. The best way to handle it is canceling the behavior, not the people. It gives celebrities no room for mistakes that people make every day. The idea of it is great; it gives people the opportunity to teach the youth what not to do, but it can turn ugly. The people sending out threats and unconfirmed facts are no better than the people making the mistakes.