With every New Year comes resolutions and people’s quest to keep them. Here are some new resolutions that may make 2014 a better year for you and also ways to keep the promises one makes to themselves.

Duquesne psychology clinic coordinator Jose Arroyo estimates that it takes three weeks to form habits and has some tips to have success in starting  and maintaining resolutions.

The first step is to make goals achievable. With the resolution of losing weight for example, start working out at your house five days a week before joining a gym, he said.

The second is to make resolutions incremental. With the weight loss example, going to the gym every day can be a “mountain to climb.”

“If you view it [resolutions] as a yearlong goal, try to make smaller goals over the year, maybe every month.” 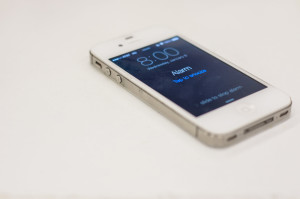 Finally, reward yourself. It will help to form a commitment to you.

Arroyo is in favor of having New Year’s resolutions and thinking they can help those who make them.

“They should be goals that everyone has,” he said. “The nice thing about the New Year is that it is a time for reflection and progress for where you want to go. How can that be bad?”

According to The Guardian’s article “New Years’ resolutions for students,” the UK publication had a few ideas to help those of us in school to better ourselves.

The first resolution the article lists is to go to lectures and seminars (aka class for us across the pond). The article says, before you skip another lecture, think about the money you’re wasting. At Duquesne, the median cost for tuition is in the mid $30,000s. Before staring at your alarm clock and rolling over missing an 8 a.m., remember the cost of that extra sleep.

Partying and late night drinking can lead to missing class, which leads to another resolution to be made: pick your nights out. According to the article, school should be fun but your degree must come first. “So while getting drunk, eating fast food on the way back home, and passing out on your bed may seem endlessly pleasurable, you need to work at some point.  Don’t think tomorrow will come along and solve all your problems,” the article said.

Obviously, there is some give and take between the two; you can’t study all the time with no release, but you also can’t go out the majority of the week and expect to do well in your classes. The answer: “ration your nights out, or your degree might get lost along with your memories of the night before.”

Of course, where would everyone be without binge watching. With this unhealthy obsession comes a resolution: When there is work to be done, Netflix and Hulu can seem like your best of procrastination tactics, but be smart.  “Limit the number of shows you watch. Don’t start a new series before you have finished an old one. Stick to live TV – at least you can’t get tempted to watch episode after episode,” the article said. 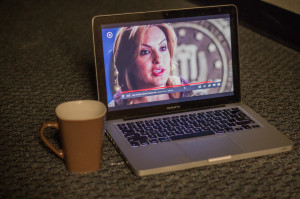 While resolutions as a student are good to have, your time isn’t always spent inside the classroom or lab. Here are three resolutions to change for the better outside the of the University setting, according to an article from International Business Times, “New Year’s Resolutions 2014: 14 Ideas and Goals to Adopt For The New Year.”

Turn your smartphone off more often – This is one goal that everyone should try. Culture today has become one that is more face to screen communication than face to face communication. The article suggests engaging with the people around you and pledging to give the messages and emails a rest for an hour. “At the end of that hour, when there’s a lull in the conversation, allow yourself to quickly check those awaiting text messages. See if any require your immediate response; if they don’t, let them wait! It won’t kill the person on the other end.” The world would be a much different place if people conversed more, and Facebook, Tweeted and Instagramed less.

Be more positive – It is easy to be a pessimist and think things will go wrong. But having a better outlook this year could help more than just your mindset. According to the article, “being positive can do wonders for your psyche. It can also have a desirable effect on your overall health. Studies have shown a correlation between positive thinking and increased life span, lower rates of depression, better resistance to the common cold, lower levels of stress and better coping skills during adversity.”

Clear out the clutter – Whether it’s your room, car, desk, etc., your space can go from clean to cluttered in a short amount of time. The article says “take the time to purge your apartment or home of things that no longer serve you, and organize the things that do. Set up three large boxes in your living room. Separate everything by things to “keep,” things to “donate” and things to “throw away.” It also recommends getting tools to help organize, like a book shelf, closet organizer, etc.  Clutter and stress go hand-in-hand, according to the article, so kill two birds with one stone and keep it clean.