As Duquesne welcomes in another new year of classes, it also introduces the lanyard leashed freshmen that have matriculated to the University.

They come carrying boxes of microwavable food, mini fridges, blankets and pillows in their hands as if preparing for a long winter indoors. To get these homebodies out of their dorms and into the streets they’ll call home for the next nine months The Duke has done their part to scout out the best concert venues in The Burgh.

If you enjoy music, which is pretty much like asking if you are human, you will want to know where to find the best concert venues around Pittsburgh. Anyone can see a national headliner at Consol Energy Center for a hefty fee, but some of the top shows around town dwell in much smaller venues for a price that doesn’t burn a hole in your wallet. 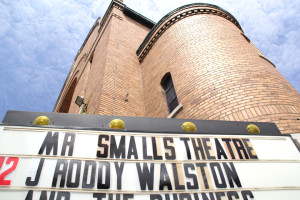 The first venue worth discussing is Mr. Small’s Funhouse, located at 400 Lincoln Avenue. Formerly a church, Mr. Small’s can sometimes go unnoticed in terms of concert locations, due to the fact that it is technically in Millvale, just outside of Pittsburgh.

Despite its lack of proximity the Port Authority can still take you out there, just take bus 1D. Mr. Small’s hosts many talented and popular acts year-round. On Saturday, August 30, Bleachers will be performing. If you are unfamiliar with Bleachers, it is the side-project of Jack Antonoff, who is a member of Grammy-award winning pop-rock band fun. The following month, on Sept 17, they are all also hosting another side project (Panda Bear) originally from indie stars Animal Collective.

Continuing the trend of former churches turned concert locations is Altar Bar, found on the Pennsylvania Avenue of the Strip District. Altar Bar has been a definite go-to spot for many rock shows over the years, and has even begun to enter into the world of hip-hop. Earlier this year, Altar has hosted the likes of shock rappers like Hopsin, and even the Neon Icon himself, Riff Raff. Other acts that were housed include Wavves and New Found Glory.

Despite it being a bar, the majority of Altar’s shows are all ages, and there’s usually a divider between the bar and the under 21 crowd audiences anyways, so no need to be discouraged about that.

If you are looking for a smaller setting that can provide more intimacy, the Smiling Moose can be a great venue as well. Holding down the South Side on 1306 East Carson Street, the bar holds all of its shows upstairs, which has its ups-and-downs depending on what type of show you intend to see.

Acoustic shows are a great experience and allow the audience to get up close and personal with the respective band. Hardcore and punk shows can be loads of fun as well, that is if you enjoy being in the mosh pit. In that situation, it is nearly impossible not to get at least bumped into on a number of occasions.

Brillobox, named in honor of Pittsburgh pop-art legend, Andy Warhol, on 4104 Penn Avenue will be your destination for anything and everything that is local to Pittsburgh. And that is not to say that the music scene here is dull, it is far from it in fact. The emergence of techno is one of the most rapid developments in the country. Brillobox hosts DJs, punk heavy artists and also folk bands. It is definitely a great place to be if unfamiliar with the local scene for an extremely low price. Make sure you check to see if it’s 21 and over before you go, as some events vary.

September 15, 2016 The Duquesne Duke News Comments Off on Students can still register to vote, Department of State says

Raymond Arke | Staff Writer As the Duquesne Student Government prepares to launch their annual student voter registration drive, levels of registered college students have reached the lowest levels in 40 years. A survey by […]

Gabriella DiPietro | Staff Writer 02/15/18 As more students order their textbooks and shop online nationally, the Student Mail Center (SMC) has struggled to keep up with the consistently growing demand for package delivery. This […]

February 25, 2016 The Duquesne Duke News Comments Off on New SGA board hopes to raise student involvement

By Kaye Burnet | News Editor On Feb. 16, almost 1,300 students cast ballots to elect the next year’s leadership of the Student Government Association, the Residence Hall Association and the Commuter Council. The votes […]