The Duke’s Music, a campus Baroque group, is returning with its second performance on Friday, Feb. 16. This time, the group will tackle music originating from Vienna, Austria.

“Because of its wealth, power and central location in Europe, Vienna attracted some of the best musicians from all over Europe,” said Paul Miller, who earned his Ph.D. from the Eastman School of Music. Miller is a music theorist and founded the group.

The Duke’s Music remains dedicated to playing pieces from the time period of Marquis Michel-Ange Duquesne de Menneville, the university’s namesake. As a high-ranking officer in the French military, Duquesne would have likely been familiar with much of the music that converged in Vienna in the 18th century.

“Certainly Duquesne was familiar with the style of this music, if not the pieces themselves. He would have been able to easily recognize pieces in the Italian, French or German style,” Miller said. He noted that for a military officer, knowledge of this music “was absolutely integral to the basic education.”

The program will include music composed by native Austrians as well as music written by composers who immigrated to Vienna. As with the group’s previous performance, one of its goals is to showcase different examples of the diverse array of styles of the time. As Miller put it, “The style of Viennese music in the Baroque was an eclectic combination of the best styles of the day from all over Europe.”

The first composition featured will be a portion of “Fidicinium Sacro-Profanum,” a piece by composer Heinrich Biber. Working largely out of Salzburg, Austria, Biber was renowned for his style that utilizes fast and dramatic changes in tempo and dynamic.

The program will continue with two Italian composers.

“Antonio Bertali and Pietro Andrea Ziani represent the Italian style,” Miller said. “They brought opera and instrumental music with them to Vienna.”

One of the pieces is anonymously written, a composition played solo by Miller, who explained, “This manuscript was only just discovered in 2013 in a Benedictine abbey about an hour’s drive from Vienna.” It is likely that Miller’s performance of the piece will be the first in the U.S.

The instrument used in this piece, the viola d’amore, is a new addition to the group. It incorporates resonating strings, which ring and reverberate when sounded.

Miller, believes that the viola d’amore “is not easy to play because the strings are tuned according to the key you’re in, so the fingerings change from piece to piece.”

Within the program, the music of France will be represented by Georg Muffat, a widely beloved composer who introduced the French style of composition to much of Europe. The performance will conclude with “Harmonia à 5,” a piece by Johann Heinrich Schmelzer, another Austrian native who achieved nobility through his support from Emperor Leopold I.

“Having advanced graduate students work with us is the ultimate goal of the group,” Miller said of the new members.

Miller believes the group is uniquely well-equipped to perform the pieces in the program. “This is the only group of its type in the entire region,” Miller said. “Because we have four upper string parts, we can do some of the most magnificent music written in the period.”

The performance will be held in the Dr. Thomas D. Pappert Center for Performance and Innovation in the Mary Pappert School of Music on Feb. 16 at 7:30 p.m. Admittance cost is $10. 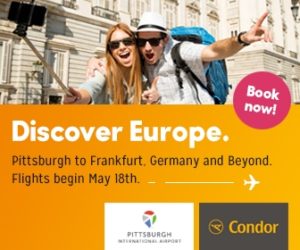 By Sean Ray | A&E Editor With gorgeous visuals and an improvement in acting, “Doctor Strange” delivers another win for the Marvel Cinematic Universe (MCU), though with several tropes that are starting to run stale. […]

By Natalie Fiorilli | The Duquesne Duke With 99 games and 3,070 minutes of playing time, senior point guard April Robinson has started in every game for the past three seasons. “It’s crazy,” Robinson said. […]

By|Kristen Kuron Pizza. It doesn’t matter if you’re a bright-eyed freshmen or a senior preparing for the “real world,” chances are you’ve had a slice at some point in your college career. Friends will come […]