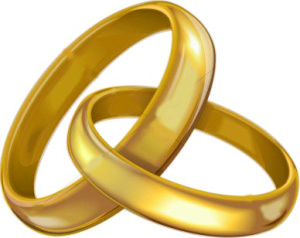 By Sam Leon | The Duquesne Duke

Commitment to me is like walking a plank. I’m blinded by a thin piece of fabric so I can slightly see my surroundings, but not enough to prepare for the plunge. There’s an invisible figure behind me, pushing me toward a vague edge.

According to a CNN article interviewing Pulitzer Prize-winning journalist Laura Sessions Stepp, the economy is tied up with this non-committal phenomenon. The drastic change in economics our generation has endured is affecting our ability to commit. With the market in a less-than-desirable state, entry level jobs that provide good pay are difficult to come by, temporary jobs are becoming popular for recent grads, and wage problems cause living inconsistencies with those whom are employed or have valuable internships. The ups and downs have us moving into apartments one year and moving back in with our parents the next. We’re going to school part time, going back later, and those of us that finish at a normal rate are graduating with crippling debt that stifles our contribution to positive spending in the economy.

The dynamic works in the inverse as well. We’re waiting to buy housing and renting longer, which affects the housing market. We’re waiting to get married and have families, which affects everything from housing to health to labor. We’re an ambitious generation willing to sacrifice the personal for our professional dreams. The economy doesn’t like this about us, but it might have to adjust. Some corners of the U.S. economy are already attempting to retain our lower attention spans. These patterns are far more universal and important than the vast generalizations and complaints of our youth being detrimentally entitled brats. We grew up with instant results and gratification—the adult sphere is hard to adjust to, where patience is key. To be clear, shorter attention spans and lack of patience doesn’t mean we’re dumber—it just means we’re reflecting the technology and culture today.

The world is tailored for choice now, that’s clear. We have countless options for almost every commodity and need that comes into mind. We have the means to construct our own looks to an extreme, customize our technology, and even completely brand ourselves into a business or pop culture phenomenon. Not only do we have options, but we can change them quickly and often at little cost. This includes our school and even jobs as well. A US News article by Danielle Kurtzleben explains that some industries are creating their newer business models to align with out short-term habits, since we still have considerable buying power. It’s a mutually impacted relationship we hold with our socio-economic activities now.

Because of the unstable economic environment, we will naturally adapt to be able to function within it. This means a higher chance of accepting low-risk, temporary work or holding off on our own long-term dreams. This problem folds itself out into something I’m battling now—to keep working humble jobs to live comfortably enough at the moment, or spend more time learning frugality and cultivating the long-term, more rewarding goals I have? With some adjustments I think I’m ready to dive in.

The world we live in now seems to be more fitting for commitment-fearers and mind-changers more than ever before. This goes far beyond the space in which commitment is usually spoken of—love and relationships—and enters into our larger future. Committing should be thought of as a skill now—one that I’m trying to develop. It’s the art of following through and most importantly; it’s the act of definitively deciding. Without it, we become stagnant. Even more urgent, we run the risk of not creating as much. There’s a fine line between committing and settling—so fine that neither seem desirable. So much time can be spent weighing options, imagining outcomes, or dreaming of opportunities we could miss out on. Sooner or later, no decision is made and too much time has passed. Commitment for young people now is seizing the moment, living fully in awareness of the day at hand. A balance between freedom and measurement. Ultimately, it’s the power and the function of choice.

I think this is something the good majority of our generation is learning or at least on the cusp of realizing. In the university setting I see massive ambition and so many kids paving their own paths which dually satisfying the social requirements that are mandated for us to be accepted. This duality of achievement is more demanding than ever. The waters will be rough, but if we strengthen our navigation, we could end up exactly where we envision ourselves.

Sam Leon is a senior English major and can be reached at leons@duq.edu

Ollie Gratzinger | Opinions Editor 01/17/19 Last spring, fans of Fox’s gold-hearted police sitcom went into mourning when the network announced the cancellation of Brooklyn Nine-Nine. Disappointed viewers lamented the loss of the show and […]

This isn’t goodbye, this is just for now

April 29, 2015 The Duquesne Duke Opinions Comments Off on This isn’t goodbye, this is just for now

Addison Smith | Opinions Editor Goodbye isn’t a friendly word. Goodbye is an ending. When you say “goodbye” to someone or someplace, there’s an underlying connotation that you won’t see that person again and you’ll never […]

08/27/2020 Noah Wilbur | Opinions Editor With the fall semester commencing across America, institutions of higher education have developed stringent reopening plans with the intentions of providing a near-normal college experience while proactively reducing the […]