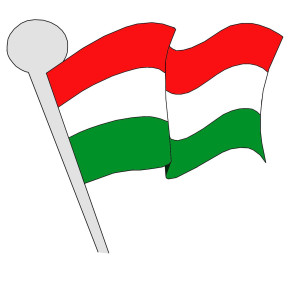 When deciding which level English class I wanted to take my sophomore year of high school, I knew that I wanted to be overachieve and take the honors level course. I had no idea what I was getting myself into accepting that kind of workload.

Every two weeks we had to pick a new book off of a selection list and not only read it but write an essay and do an array of projects. This assignment got old really fast, so as the year dragged on, my strategy transformed into picking the smallest book that would require the least amount of work. In the process I chose a work that I will never forget, Night by Elie Wiesel.

A story that I thought would be a quick read turned into one of the most heart-wrenching tales I have ever read, and a historical account of strength, hope and courage that I will never forget. Few understand the true trials and tribulations of the Holocaust. I knew of the events that took place during this time period, but before reading this literary work I never knew the effects they had on the lives of the people who were mistreated. Not only did I gain a newfound understanding of the Holocaust, but also the firsthand experiences of Wiesel within  concentration camps.

The Holocaust brings about a great deal of controversy from many different angles. Recently, however, there has been a major controversy which is connected to the tragic event. According to a BBC News Europe article by Paula Kennedy, Hungary has put itself in a great position of controversy surrounding its role in the Holocaust. The Hungarian government has proposed a monument commemorating the German Occupation of March 1944. According to the Holocaust Encyclopedia, following the German occupation of Hungary there occurred a large amount of movement between Jewish death camps, with 90 percent of the Jewish people deported dying instantly. One third of the Jewish individuals killed in the concentration camps during the Holocaust, specifically Auschwitz, were citizens of Hungary.

The projected monument design displays a great amount of discrepancy, according to BBC News. The design depicts “an angel representing Hungary being attacked by an eagle, representing the Third Reich.” BBC News mentions that Jewish community leaders and opposition figures were not too pleased about the statue. The members feel that “it completely failed to acknowledge official Hungarian complicity in the wholesale slaughter of a large part of the country’s Jewish population.”

Not only does the monument disrespect Holocaust survivors like Wiesel, those who lost their lives and their family members, but also current religious leaders and those who practice the Jewish faith. This monument is a contradiction to the true role of Hungary in World War II. Hungary allied with Germany and therefore participated in the harsh and violent mistreatment of  the Jewish people. It would not only be a misinterpretation of history to construct this monument but an act of disrespect as well.

According to the Holocaust Encyclopedia, Mazsihisz, a Hungarian organization that represents the non-Orthodox religious communities within the country said that Hungary should refrain from rewriting its past. This is the strongest statement surrounding this entire controversy because the past is something that can never be altered. The people who lost their lives in concentration camps can never be brought back, but they will always be remembered. The lives of those lost can be commemorated through literary works such as Wiesel’s, instead of controversial monuments.  The past cannot be changed, but it should not be falsified either.

Prime Minister Viktor Orban Mazsihisz responded to the critics by saying “We are erecting a monument to all the victims, including hundreds of thousands of Holocaust victims-those who were deported, abused and murdered.”

Personally, I wonder, why now? What is the need for this monument, especially in the way that it contradicts the history? The Holocaust will always be one of the most gruesome accounts of death and destruction in human history. Anyone who has read Night can remember the emotional loss the author feels when his father is one of the many left behind to die. Each human being has their own way of commemorating those who lost their lives, or celebrating those who had the strength and courage to survive. All I needed to remember the Holocaust is a little book and the account of a true survivor; I do not think Hungary needs to rewrite their history, all we can do now is move forward with the present.

03/01/2018 Ollie Gratzinger | Features Editor Spring cleaning at The Duke typically comes with a fair amount of questions, ranging from, “Can modern tech even read a floppy disk?” to “When was the last time […]

Stepping through time in Duquesne’s own Canevin Hall

January 19, 2017 The Duquesne Duke Features Comments Off on Stepping through time in Duquesne’s own Canevin Hall