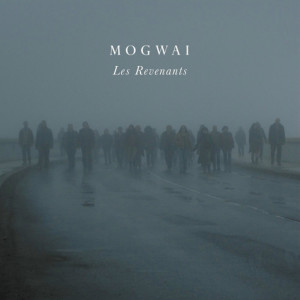 Post-rock, as a genre, always seemed to fit the role of soundtracks for films and entertainment.

Take Explosions in the Sky’s efforts on the Friday Night Lights soundtrack. Having written all but three songs on the release, the Texas instrumental band provided a stellar soundscape to the triumphant film.

With the soundtrack to Les Revenants, Mogwai composed 14 tracks that fill the musical void that the series needed to fill, with a bit of a formulaic nature to them.

Mogwai are no strangers to scores. They did the score for Zidane: A 21st Century Portrait, a biopic on Zinedine Zidane, and contributed to The Fountain film soundtrack.

Les Revenants, translates to “They Came Back” in English, has a run time of 50:05 and overall has a song structure that runs throughout the majority of the album songs start with one instrument, whether it be piano, keyboard, guitar or bass, then gradually each other instrument comes in at separate or somewhat separate times and then holds in this grand extended syncopation until the song runs its course and eventually fades out.

“Hungry Faces” and “Jaguar” start off the album and follow the formula with xylophone starting out “Hungry Faces” before being met by tom tapping on drums, strings, bass and muted high hat, before ending with keys/organ to the fade out. The first two tracks leave the feeling of wanting more with their sub two and a half minute run time and no “explosion” that usually comes in a post-rock song, after a building up during the song.

“The Huts” follows and has an ominous sound to it, with other tracks like “The Messiah Needs Watching,” “Fridge Magic” and “Portugal” also sharing this unsettling sound. “Fridge Magic” has keys that sound almost RUSH-esque, while “Portugal” could be a Godspeed You! Black Emperor song if it had a vocal sample of someone talking about Coney Island or someone saying something prolific, already having ominous sounding bells and dragging guitar feedback in the background much like GY!BE has.

While most songs seem to differ from the Mogwai of old, perhaps due in part to their shorter length, “Kill Jester” “Special N” and “Relative Hysteria” all remind me of the sound of their 2003 release Happy Songs For Happy People, or something to that effect. “Special N” is one of the prettiest sounding songs on the soundtrack, opening with bowed instruments, adding bright slow-picked guitar, drums that come in and fill the sound, along with bass and casual cymbal hits.

The album’s two final tracks keep the listener guessing. “What Are They Doing In Heaven Today? “ is a gospel-esque cover with piano, acoustic guitar; full sounding bass, drums played with brushes and good, folky sounding vocals. The song is the longest track at 5:52 on the release and is a cover, which I’m not sure how to feel about.

The album’s closer “Wizard Motor,” starts with volume swells and has an electronic sound, chords held on keys, guitars speed picked in the background with a powerful drum beat on toms comes in, as do guitars and snare hits, with the album formula of layering instruments utilized once more.

Les Revenants is a good album. The instrumentation is well done, but sometimes more is wanted out of the songs than a building of instruments with no “explosion.” While this release may not compare to Explosions’ Friday Night Lights soundtrack, an instrumental masterpiece, it definitely holds its own as a soundscape.