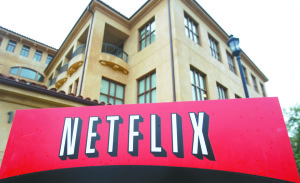 In the days before I incessantly checked Twitter on my iPhone or randomly checked in on friends on Facebook every five minutes, if I was bored, I’d go to the couch, turn on the TV and start flicking through channels. If I didn’t find something I liked, I would choose a show based on the channel guide description, press select… and then I would probably watch for about 45 seconds before trying something else. I’d repeat this routine as necessary until Law & Order came on.

I had never actually stopped to consider what I was doing within those 45 seconds. I was waiting for a show to grab me, but only on the surface. I needed an interesting bit of dialog, a quick clip of action, something to make the show seem like it would be worth the time that I was going to be waiting for my original interest.

However, my interests in television have matured, and it hasn’t been something that I can credit to age or college or friends. I give all the credit to the Internet.

Cable television is on a downturn as web-based providers like Netflix, Hulu Plus and Amazon Instant dole out content from the past and present. Netflix is the undisputed king of online viewership. According to an article by Andrew Wallenstein published in Variety, Netflix has 40 million subscribers. Their subscriber base was climbing before House of Cards and Orange is the New Black made their laptop screen debuts. While these great shows are worth their acclaim, the success of Netflix and others is not only due to great new content, or the great content that they gained licenses to. It’s the developing new culture of viewing television that makes these providers the cutting edge of entertainment.

A significant amount of people will tune into The Walking Dead every Sunday night, but, less and less people seem to be surfing channels to find new things to watch. With instant access to content online, the idea of flicking through channels seems almost archaic.

Netflix has algorithms that take your viewing history, genre preferences, show ratings and average viewer ratings all into account and then load your home screen with recommendations. When you are looking for a new show to consume on Netflix, the computer generally has a pretty good idea of something you’d enjoy. So, if you take the bots up on their recommendation, you’ll dive right into the pilot episode with the click of a mouse.

You didn’t chance on that episode by being in the right place at the right time. Recently, I set out to find a new show to watch. Right on the top of my Netflix homepage was a recommendation for the now discontinued show Damages. The series aired in 2007 and follows the drama of high-stakes civil litigation and stars Glen Close and Rose Byrne.  I was hooked from the pilot and digested the first three seasons in under a month (on cable, these seasons aired over a three-year span). The story arches were excellent and the characters were far from archetypical. In ‘07, I was an underclassman in high school, and my tastes in television were far too underdeveloped to appreciate the high-powered drama.

The extensive back-catalogs of programming isn’t all that has brought out the sophisticated television critic in Netflix. The ability to control when and where you can watch television has completely altered how we analyze the shows we choose to watch. Unlike cable, you’re not looking for something to keep your attention for 45 seconds and even something that would be worth watching again next week. The factors you use to decide whether or not you like a show change. You go in shopping for an entire series to watch. You’re looking for signs that the show’s plot will be gripping throughout the shows duration and that characters or inter-character relationships will develop in non-archetypical ways. If a show doesn’t appear to be promising throughout, why bother watching it? You could always click on something else.

Cable television has to fight just to get you back the next week. Cliff hangers and guest appearances leave viewers wanting more, but when the viewer has the power to control when and where they watch, those tools become ineffective. The viewer isn’t obscured by gimmicks and can more easily identify whether or not a show is worth their time. When you’re looking at series holistically, you begin to appreciate different aspects of the show than you would decide to watch a single episode by itself.

The paradigm of the weekly broadcast has been challenged. With Netflix foraging the path for allowing users the ability to control how they consume stories, television will change. Week-by-week broadcasting on cable will continue to decline and show producers will have to assure their products can do more than bring people back next week or even just watch past the commercial break. Web-based television is creating a more sophisticated audience and… well, if there isn’t anything great on your Netflix Top Recommendations, you at least have the choice of deciding how long your Law & Order marathon will last.

Nicolas Lucente | Staff Writer 11/02/17 Season 1 of Stranger Things was one of, if not the most, beloved shows of 2016. Naturally, audiences anticipated a follow up season since the show’s debut last July. […]

Braylyn Bruno | staff writer 4/15/21 On April 7, Netflix released Dolly Parton: A MusiCares Tribute, more than two years after the filming of the show. The special documentary was released to celebrate Dolly Parton […]