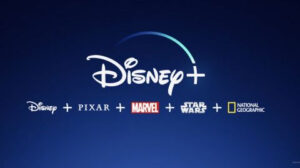 It is with a heavy heart that I report that the days of “Netflix and chill” may be coming to an end. With the influx of multiple streaming services occurring, it seems that Netflix may no longer be the favorite. Because of shows like Friends leaving in the coming months, it is totally possible that Netflix will lose out on subscribers as they move to services such as HBO Max.

For a long while, it appeared that Netflix and Hulu were the top two streaming services. For the time being, it will remain that way. However, in 2020 as new outlets are released, like Disney and Comcast, the current contenders are likely to lose out on titles, therefore making them lose subscribers.

As Netflix announces its loss of popular shows and movies, especially Disney ones that families love, they are certain to lose a ton of subscribers to Disney’s service. This will definitely be popular to the Disney fanatics out there. And trust me, there are a lot of them.

With all of these options available, consumers will need to make a choice. Do they want to cancel their Netflix and/or Hulu subscriptions and take on the new services, or they do they want to splurge and partake in all of them? Now, the latter obviously comes with a heavy financial cost. Certainly not everyone can afford to stream shows and movies from multiple different services.

And that is the main problem with this. So many consumers are going to be losing out. It is so much easier to choose between Hulu and Netflix. Throw in about five new services and some businesses just simply won’t survive. But, I guess that’s how this economy works. Capitalism is thriving.

Hulu has a leg up on Netflix. Since they offer the student deal with Spotify Premium, college students are not likely to give up having both Hulu and Spotify for such a cheap price.

It is kind of surprising that this didn’t happen earlier — the rise of many streaming sites. There is so much money to be made in this industry. And where there is money to be made, there are business people flocking to it. Netflix and Hulu have been around for years now and finally, new services are coming out. It seems that this was inevitable, but it’s still unfortunate for consumers who will lose out on entertainment.

Personally, I think it was easier when everyone just watched their shows when they came on at night or caught up the next day with OnDemand services, but there is definitely no going back now.