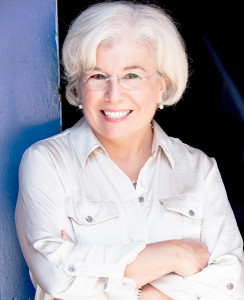 By Brandon Addeo | The Duquesne Duke

In recognition of her extensive clinical knowledge and work as an accomplished educator, Duquesne School of Nursing faculty member Leah Vota Cunningham has been awarded a 2013 Cameos of Caring Award in the Nurse Educator category.

Cunningham, the assistant dean of student services in the nursing school, was presented the award on Saturday at the Cameos of Caring Program and Awards Gala. About 73 nurses and 8 nurse educators attended the Gala, which was held at the David L. Lawrence Convention Center. All received awards for their nursing-related accomplishments.

“Professor Cunningham is very deserving of this award and we were thrilled that she was able to receive it at this point in her career,” nursing school Dean Mary Glasgow said.

The Cameos of Caring awards, which were developed and are presented by the University of Pittsburgh’s School of Nursing, are designed to honor excellence in care, empathy and compassion among nurses and nurse educators in the southwestern Pennsylvania area, according to Glasgow. Cunningham was the only Duquesne faculty member recognized.

Cunningham, who has worked at Duquesne for 26 years and has earned nursing degrees from both Duquesne and Pitt, has played a key role in shaping Duquesne’s nursing program into the successful program it is today, according to Glasgow.

“I’ve been here a long time, so that alone [has something to do with it],” Cunningham said. “I’ve been involved in a lot of different things that have happened in this school.”

Changes that Cunningham oversaw include the development of a freshman seminar, an academic support program, a peer tutoring program and a number of curriculum changes. Cunningham acknowledged, however, that she did not work alone and that many others played critical roles in these changes.

“There’s been a lot of other people that have seen that through, it’s not just me,” Cunningham said.

In addition to work on Duquesne’s campus, Cunningham also organizes and leads nursing students on an annual trip to Nicaragua in conjunction with the Universidad Politecnica de Nicaragua School of Nursing. On this trip, Cunningham and a small group of students provide health care to residents in and around the capital city of Managua.

“All the students are assigned to work with a family in their home,” Cunningham said. “They do holistic health assessments…health education, and provide care.”

Cunningham and her students work in both the urban setting of Managua as well as a rural region south of the city.

Both Glasgow and Cunningham stressed what Glasgow referred to as the “student advocacy” of the nursing program at Duquesne, which Cunningham has been a major contributor to.

“I think the one thing that remains constant in the School of Nursing is students receive a high quality education in which they are given a lot of guidance,” Cunningham said. “We have a very caring culture in this school.”

Glasgow said Cunningham is “someone who will try to help students if they have financial needs or social needs.”

“We’re here for students, that’s what Duquesne University is about and she really works with students in terms of what courses to take, directing them for extra study skills…she’s really a student advocate and I think that’s critical in any school,” Glasgow said.

Gabriella DiPietro | Asst. News Editor 04/05/18 In 1994, while those of the Tutsi community in Rwanda feared for their lives and were mercilessly slaughtered by the majority Hutu government, Immaculée Ilibagiza and seven other […]

Pittsburgh decked in green with St. Patrick’s Parade back in full swing

March 17, 2022 The Duquesne Duke News Comments Off on Pittsburgh decked in green with St. Patrick’s Parade back in full swing

April 3, 2014 The Duquesne Duke News Comments Off on Goldwater recipients honored by award

By Carley Thieret | The Duquesne Duke Three Duquesne students were awarded with a scholarship that is typically given to students from Harvard, Stanford and Johns Hopkins. Chemistry major Benjamin Jagger, chemistry and biochemistry major […]