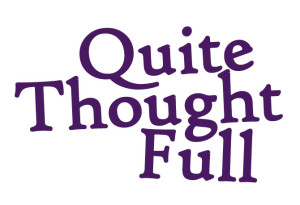 Since the printing press’s invention in the 15th century, books have been an item treasured like gold for many. As the centuries have passed and the value of knowledge in paper and ink has decreased before our eyes, the book and its bindings are threatened by the convenience and ease that technology offers the modern reader. Leonardo Riggio, Chairman of Barnes and Noble, one of the remaining retail book sellers in the 21st century is taking a stand for the books that hold his stores’ shelves.

In November 2009, the familiar book selling giants took a step to address the wants of many (not all and certainly not this one) readers to have an electronic book or e-book, as all the cool kids call them. B&N released their version of the ereader, the Nook. Based on the Android programming, capable of hooking up to WiFi as well as AT&T 3G, the Nook offered the perfect combination of traditional book feeling of reading while also offering the beauties of the internet. It also competed with the non-traditional yet dominating book store, Amazon.com, and their version of the e-reader: the Kindle.

While each company, along with Apple and Microsoft and their tablets that possibly bring forth an even greater reading experience, a war of electronics was created. Instead of libraries to hide away in, it seems that society wants to just carry one in their purse or book bag because it’s convenient and cool. The coolest part is that staying cool requires the purchase of a new product every other year to make sure you’re not outdated by your fellow cool people.

Chairman of B&N and my fellow book nerd Leonard Riggio is stepping away from the nonsense and saving the last of the great titans.

Riggio, who is already the largest shareholder of B&N with nearly a 30 percent stake in the company, announced on Monday that he wants to buy the company’s 689 stores, and leave the company’s Nook business as a separate entity.

Or, as I would like to think of it, he is leaving the e-book business to save the hardcovers and paperbacks while he can.

The company had already been considering setting the Nook business aside as its own company, but with the announcement of this possible Hail Mary for the company that saw a nearly 11 percent drop in sales during the holiday season and continues to struggle against online book sellers, people have new hope. For years, Riggio has watched the Nook struggle and fail to be able to really compete against its competitors from Amazon, Apple and other reading tablets, even after investors from Microsoft helped to tweak the device.

By purchasing the remaining bookstores and separating the Nook media side of the company, the release of the struggles of the Nook could allow for the leading traditional book store to build and develop to save its remaining stores. Essentially, in order to not end up like local book stores, like Borders and others to close and cause many tears to be shed, Riggio wants to cut off the Nook and save the comfy arm chairs and book shelves while he can.

While some in the business world are raising eyebrows at such a drastic measure and possible doom that could come with giving up the company’s ties to the digital media market, bibliophiles are celebrating. There can be no cost set on the beauty and enjoyment that is getting yourself lost in a three-level book store that offers every section with at least four comfy chairs to sit in while you test-read the first couple pages in a book that caught your eye. More so than that, with the digital age publishing companies are being threatened as e-books are far cheaper than the hardback you can proudly set on your shelf. This move will be one that buys some time (and cash flow) for the last of the book store gods.

May the Nook lay to rest in its own wasteland with the other techie trends that will die by next Tuesday. Allow the beloved hardcover and paperback to rise again.

April 26, 2018 The Duquesne Duke News Comments Off on Bookstore manager recognized for efforts

Raymond Arke | News Editor 04/26/18 A little-talked-about, but crucial, man on campus just got recognized for his hard work. John Kachur, the manager of Duquesne’s Barnes & Noble bookstore, was recently given the Campus […]

BOGO Bookstore is back-in-action in the Atrium

April 7, 2022 The Duquesne Duke News Comments Off on BOGO Bookstore is back-in-action in the Atrium

by Zachary Petroff | staff writer April 7, 2022 The entrance to the PNC atrium has once again brought back the feeling of nostalgia as the Scholastic Book Fair returned for its spring buy one […]