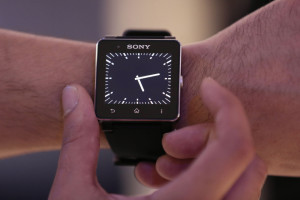 Take a moment to think when was the last time you wore a wrist watch? I remember the last time I grabbed mine was during my LSAT exam. I brought it to keep time during the exam since cell phones were prohibited, but once there I came to find that my watch was no longer in working condition. This just goes to show how obsolete watches have become in our age of technology. Instead of using an analog watch to tell time, people reach for their cell phones, computers, laptops, iPods, etc instead.

Surprisingly though, watches have yet to die off. According to recent fashion trends, pocket watches are now making a surprising comeback, thanks to the help of the ‘steampunk’ craze. According to Carol Pinchefsky from Forbes magazine, steampunk is “a celebration of Victorian fashion and technology” which emerged from a “subgenre of science-fiction writing.” The term steampunk first appeared in 1995, but was not well known until recent years. Watches—especially their inner gears—can now be considered a fashion accessory. Personal and custom designed pocket watches are available on Amazon, Etsy or Ebay.

However these watches are not used to tell time. The real question is do people who grew up with the digital clock know how to read an analog clock anymore? Or a better question, do they know what an analog clock face even looks like?

After conducting a Google search, there are plenty of worksheets and advice columns on how to teach a child to read a clock within the search results.

According to Nick Bilton of the New York Time’s Bits (The Business of Technology) Blog, many people under the age of 25 no longer recognize the silent gesture of pointing to one’s wrist to ask for the time. A gesture which was once common knowledge has now become foreign to many young members in the public.

Craig Arganoff of the Huffington Post, remarked in an article that he noticed someone using this silent gesture, yet was not actually wearing a wrist watch.

While cell phones, laptops and digital readers have taken over the stage, it is well past time for wrist watches to make a comeback. This past Wednesday, Sept. 4, Sony introduced not a new smart phone, but a smart watch! This watch doubles as a touch screen with a built-in camera and speaker. The watch will receive and display simple notifications from your smart phone like Twitter posts and other small pieces of text.

Ever afraid to lose your phone or walk away for a second in fear of missing an important communication? Ever afraid to miss that important message during class or a meeting, but feel rude pulling out your phone? Now all you have to do is discreetly check your watch without anyone noticing.

A smartwatch might be a negative form of technology in the sense it is replacable. Technology today seems to always have fifteen minutes of fame. After, a new exciting gadget of convenience hits the shelves from a company, like Apple, Sony or Dell. It seems like these new gadgets seem to be taking money out of our wallets.

Though some may think this new watch will end up as a ghost of technology’s past, this incredibly innovative wrist watch which Sony brought into the world can do all things. It is not an iPod that only plays music or a Kindle that only holds books. It has everything one needs in one tiny space which can fit in all places. Everything you need is at your fingertips and it is incredibly discreet. iPhones and iPads are both desirable, but in the matter of size, less is definitely more.

While the smartwatch could just be adding to the pile, this is the age of technology and I fully believe that our generation could never have “too much technology.” I have seen people going back and forth from devices, instead of doing everything on just one—and I am just as guilty of it. Different technologies are used for different conveniences and the smart watch will be no different if and when it catches on. As a fashion statement and a technological up-grade, wristwatches are making a come-back but not in its original context.

AP – A man shows a Sony Smart Watch II  at  a Sony event ahead of the IFA, one of the world’s largest trade fairs for consumer electronics and electrical home appliances in Berlin, Wednesday, Sept. 4, 2013. IFA will take place on the Berlin Exhibition Grounds from Sept. 6 to Sept. 11, 2013.  (AP Photo/Markus Schreiber)

Kristen Kuron is a senior English and Digital Media Arts major and can be reached at kuronk@duq.edu.

November 10, 2016 The Duquesne Duke Opinions Comments Off on Millennials wrongly given bad reputation in workplace

By Alison Caracciolo | Staff Columnist  Do you ever get tired of the stigma people place upon the so-called lazy and egotistical millennial generation? In today’s society, the baby boomers have begun to enter retirement, […]

October 23, 2016 The Duquesne Duke Features Comments Off on Maker Faire brings creators to Pittsburgh once again

By Sean Spencer | Staff Writer Robots play in a cage with a ball while little cars made out of children’s toys race. The Maker Faire Pittsburgh offers a fun, enlightening experience for people of […]

By Rebekah Devorak | Opinions Editor  Some say that reason is the strongest ruler, but those who say that have clearly never owned an iPhone before. I’ve had one for the past two years, and […]