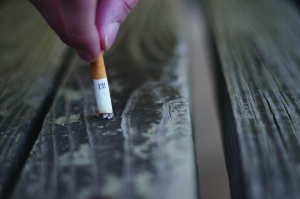 The state of New York has always been on the cusp of breakthroughs. They were one of the first states to legalize same-sex marriage and New York City imposed a tax on sodas to discourage people from buying them. Now, one of the nation’s most innovative cities is at it again as they raise the age to buy cigarettes to 21.

According to Mayor Michael Bloomberg’s administration, raising the age to 21 will help to prevent young people from getting addicted in the first place. However, according to an article in The New York Times titled “New York Raising Age to Buy Cigarettes to 21,” many have argued that people aged 18 can enlist in the army, drive cars and vote, so why can’t people who are 18 buy cigarettes?

The answer is simple; the younger you start smoking, according to the article, the higher the chance that you will become addicted.

This new legislation for the city of New York is something that other cities and states can take note of. Obviously, smoking is bad. We’ve all seen the facts that show just how bad it is and the photographs of smokers’ lungs in health class. Yet, people still smoke despite all of the information provided.

So maybe Mayor Bloomberg’s legislation isn’t going to stop underage smokers, at no point in the bill does it say that those under the age of 21 with cigarettes in their possession will be prosecuted, but the bill may be the stepping stone needed to decrease smoking.

Organizations such as Above the Influence and The Truth have tried to stop smoking at an early age as well. Above the Influence focuses more on stopping peer pressure among America’s youth to discourage not only smoking but alcohol consumption and recreational drug use. The Truth, however, focuses on corruption within tobacco companies.

Their website, thetruth.com, has a section full of the negatives of cigarettes that seems never-ending. When one scrolls down to the bottom of the facts webpage, more facts pop up. The Truth also releases iPhone and Android phone games to make people feel like they are defeating cigarette companies as well as desktop games for your computer.

The Truth says that tobacco companies tend to lose 1,200 customers a day to death. However, the Truth says on their website they are neither pro-smoking nor anti-smoking; they just want the facts to be out there. They see no point in telling people not to do something, because people will do whatever they choose. They can’t control a person, but they can put facts in front of them to show them just what they are doing to their bodies.

Raising the smoking age isn’t the first initiative taken by Mayor Bloomberg’s administration to combat smoking. According to the Times story, Bloomberg has tried to ban smoking in public places and proposed a law to not have cigarettes in eyesight in retailers. The proposal for the hiding of cigarettes was dropped.

While one can admire or disagree with Bloomberg’s efforts, he or she must admit that these attempts to make New York smoke free were exceptional. These initiatives are a way of the future for the United States and can be implemented in other regions as well.

Yes, people under the age of 21 will still be able to get ahold of cigarettes by asking older friends or others they see to buy tobacco for them. However, the purpose of this law doesn’t appear to be stopping all underage smoking, but rather making it harder for people to start at a younger age.

Obviously, you can’t stop everyone from smoking, but even the smallest victories against cigarettes are exactly that, victories. Even stopping one 18-year-old from picking up a cigarette and becoming addicted is a win.

Props to New York City and Mayor Bloomberg’s attempts to make the city healthier and a pioneer for the future when it comes to antismoking laws. Stopping 100 teenagers from smoking may not seem significant, but in the long-term, when more people stop smoking or don’t even start, Bloomberg’s administration will receive a lot of the credit.

Addie Smith is a junior Print journalism and Political Science major and can be reached at smitha11@duq.edu.

February 2, 2017 The Duquesne Duke Opinions Comments Off on Duquesne students struggle to find places to smoke

By Shivani Gosai | Assistant Opinions Editor  Last Thursday, a student-wide email was sent out from Dr. Douglas Frizzell, the vice president of Duquesne student life, reminding everyone of the campus smoking policy. The email […]

The Kansas City Chiefs remain undefeated after taking down the Houston Texans 42-34 on Sunday, Oct. 8. Chiefs quarterback Alex Smith threw for 324 yards and three touchdowns, while running back Kareem Hunt rushed for […]

October 24, 2019 The Duquesne Duke Arts & Entertainment Comments Off on The Office fails transition to stage in touring parody