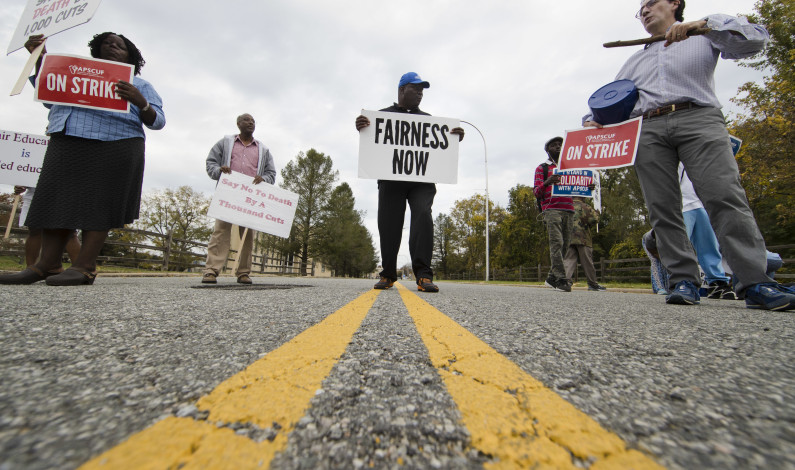 Raymond Arke | Asst. News Editor Last week, a strike of college professors paralyzed the 14 state-run colleges and universities in Pennsylvania. When the faculty of the Pennsylvania State System of Education walked off the job on Oct. 19, 100,000 students were left in the middle of a contract dispute. The strike lasted three days, […]

Getting to know Gormley: A chat with the next president of Duquesne

The Duke  sat down with law school Dean Ken Gormley on Nov. 11 to talk about his background and his plans for Duquesne as its 13th president, a role he will assume in July 2016. The interview has been edited for length. Q. Why do you think you are you qualified for this job? A. You’d have […]

Dear Editor, In acknowledgement of Campus Equity Week, which took place from Oct. 28 – Nov. 2, the members of the English Graduate Organization would like to show our support for our colleagues in the Adjunct Faculty Association. Recent events, which have sparked a national conversation about adjunct labor on university campuses, have demonstrated that […]