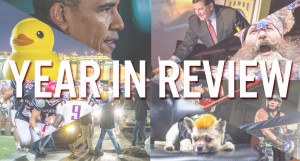 On Sept. 1, adjunct French instructor Margaret Mary Vojtko died from complications of a heart attack, prompting a debate over whether or not part-time faculty is compensated fairly.

Vojtko, 83, of Homestead, taught at Duquesne for more than 25 years before school officials told her she was not being asked to return for the fall 2013 semester. Vojtko, who was undergoing treatment for ovarian cancer, lived in poor conditions and couldn’t afford to fix the furnace in her house, according to family.

After her death, Duquesne was accused of turning its back on the ailing professor. An op-ed piece in the Pittsburgh Post-Gazette by United Steelworkers lawyer Daniel Kovalik criticized the way Duquesne handled Vojtko’s departure.

“They could have kept her teaching [at Duquesne], which is what she wanted to do and what she’s fully capable of,” Kovalik told The Duke. “On the alternative, if they weren’t going to do that, at least provide her with a decent severance and retirement package for someone who worked there for 25 years.”

Duquesne officials responded by saying the University did everything it could to help Vojtko. The Rev. Dan Walsh said Vojtko stayed at the Laval House, the Spiritan ministry’s formation house, for a month while her home was without a furnace.

Since then, the adjunct union at Duquesne has moved its efforts forward. They currently await a ruling from the National Labor Relations Board deciding if Duquesne is exempt from recognizing the union.

Losing one of our own

The campus went silent on Jan. 26, as early that morning, sophomore business student Ryan Fleming, 20, was found dead in his room in Towers. He died of cardiac arrest in his sleep.

Fleming, a 4.0 student, was assistant to the director of football operations for the Duquesne football team. Football Coach Jerry Schmitt, Fleming’s uncle, told The Duke his nephew earned the respect of the players and the staff.

“He was a humble, intelligent, committed, honest, dedicated young man,” Schmitt said. “I couldn’t be more proud of him as a nephew.”

Fleming’s family and friends united on April 12 to raise more than $1,700 for the Ryan Fleming Scholarship Fund. “Float On, Flem,” organized by the Red and Blue Crew, featured a balloon release during halftime of the Spring Football Game. More than 530 balloons were released in celebration of Fleming’s life.

Linda Fleming, Ryan’s mother, said the balloon release was “a wonderful memory for us to have.”

“We just want to convey how deeply grateful we are to everyone who worked so hard to make this weekend a success,” Linda Fleming said. “It did represent everything that’s wonderful about Duquesne.”

From tragedy to recovery

Tragedy struck a member of the Duquesne family on Aug. 22, when fourth-year pharmacy major Jimmy Edwards was shot by his father.

Allegheny County Police say Edwards’ father, James Edwards, 52, went room-to-room with two .44-caliber revolvers and attempted to kill his family before turning the gun on himself. James Edwards and 19 year-old daughter Laurin Edwards died at the scene. The elder Edwards also killed the family’s dog, and shot his wife, Charlene.

Since then, Edwards, 21, has returned to Duquesne, and said both school and the recovery process are coming along well.

“I owe a lot to my friends and family,” Edwards said. “They have helped me through this.”

In the first mayoral election most college-age Pittsburgh residents could vote in, 49 year-old Bill Peduclaimed nearly 85 percent of the vote, and took over the reins of a city that was in Luke Ravenstahl’s hands for more than seven years.

In his first interview with a college publication, Peduto told The Duke before the election that he planned to invest in the areas in Pittsburgh “that have not caught wind in their sails of the new economy.”

After Peduto was sworn in on Jan. 6, he pledged to reform city government.

“There is nothing wrong with the institutions of this city that cannot be repaired by good faith, square dealing and hard work,” Peduto said.

Peduto has now clocked more than 100 days in the mayor’s office, and has innovated and restructured a number of neighborhood initiatives and government programs.

03/14/2019 By Ollie Gratzinger | Opinions Editor As time goes on, it gets harder and harder to find any redeeming qualities in the cesspool that is Fox News. From accusations of editorializing news stories with […]

October 17, 2013 The Duquesne Duke Sports Comments Off on Tales from the road: Duquesne athletes share their travels