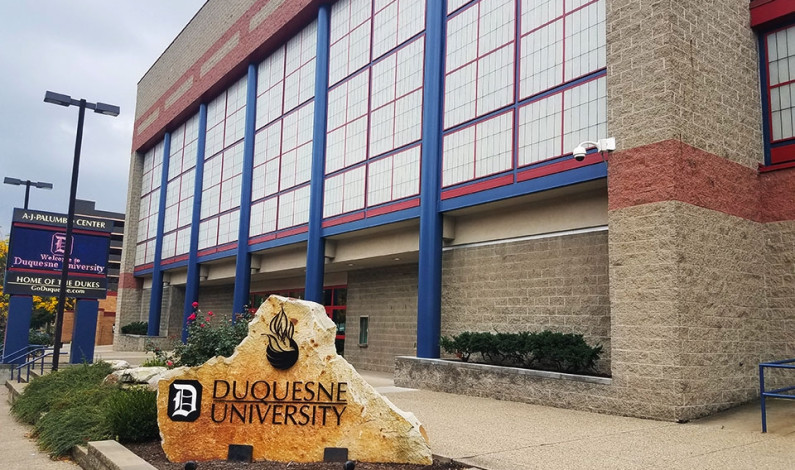 Sean Armstrong | Staff Writer 10/26/17 When students hear the words “AJ Palumbo Center,” their immediate relation is to our basketball team. However, once upon a time, the Palumbo Center was a surprisingly popular concert venue, hosting acts such as Tom Petty, Stevie Wonder and Elvis Costello. It may be hard to imagine that our […]

Joey Sykes | The Duquesne Duke The Duquesne men’s basketball team exited the Palumbo Center Wednesday night with a win in the first of a three-game home stand as they defeated University of Maryland-Baltimore County 94-88 to improve to 3-3 on the season. The first half was as close as it could get for the […]

Eric Purnell | The Duquesne Duke Sept. 29 was the last time the Duquesne women’s volleyball team lost, and even more impressively, the last time the team lost more than one set in a match. The Dukes began the month 5-0 heading into Friday night’s match against George Washington and had no plans of wavering […]

Eric Purnell | The Duquesne Duke Over the past month the Duquesne women’s volleyball team has been heating up, and it appears as if they’ve now caught fire. The Dukes have yet to lose in the month of October, and heading into the Palumbo Center on Saturday night against Fordham, it became clear that they […]