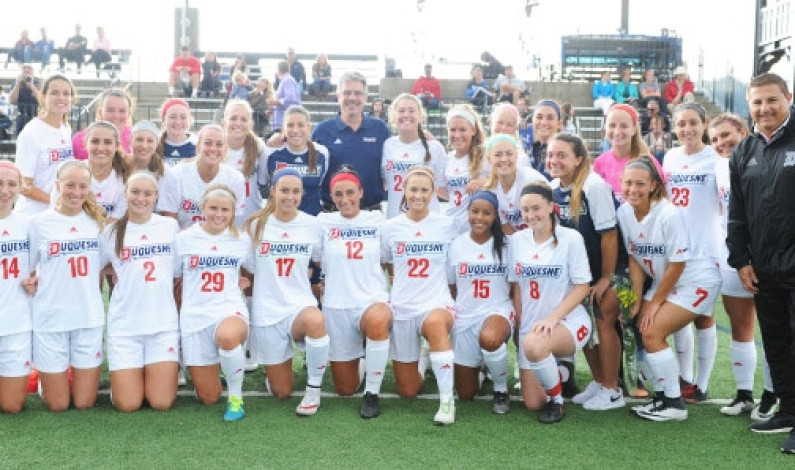 Bri Schmid | Staff Writer The Duquesne Dukes women’s soccer team propelled itself into the playoffs as the No. 3 seed when it finished off the regular season strong with a hard fought battle against the La Salle Explorers. The Dukes hosted the Explorers on Oct. 30 in what became a very wet and chilly […] 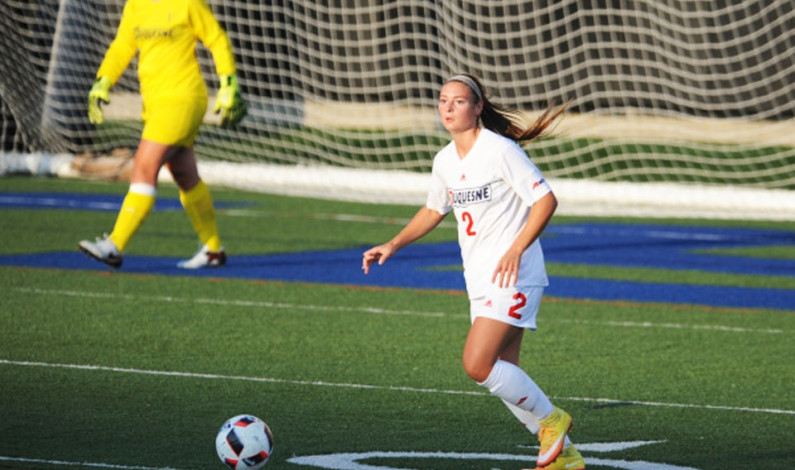 Andrew Holman | Sports Editor Defending a title is never easy, but it’s the ultimate goal of every championship team. That is no different for the Duquesne women’s soccer program. As the Dukes begin their quest to defend their Atlantic 10 Championship, there is one key thing they must […]

Dukes remain on a hot streak

Marie Jubert | For The Duquesne Duke Five pre-match lightning delays weren’t enough to keep the Duquesne women’s soccer team from crushing the St. Bonaventure Bonnies on Oct. 5, in their first A-10 conference match of the season. The Dukes dominated St. Bonaventure in a significant 3-1 victory, extending their winning streak to four games. […]