Class of 2022 arrives on campus 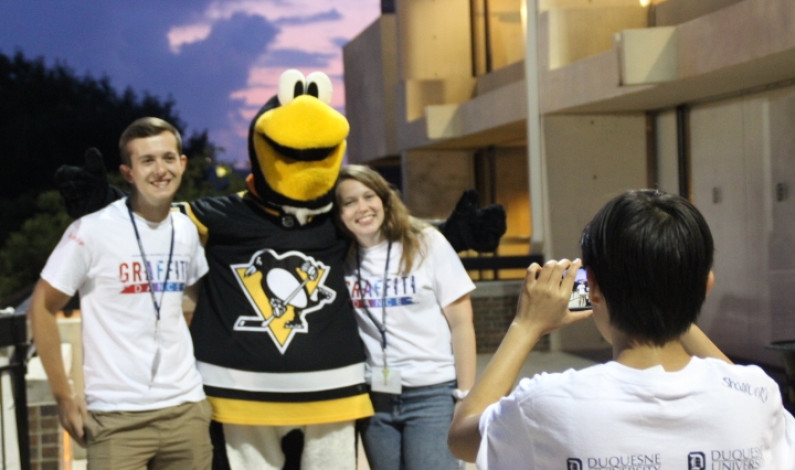 Gabriella DiPietro | News Editor 08/23/18 A new academic year brings a new wave of students, and this year’s freshman class is one of the largest and most diverse in university history. In Duquesne University’s 140-year history, the Class of 2022 is one of its top five largest classes, with more than 1,500 incoming freshmen, […]

By The Duquesne Duke on August 26, 2015 college, freshman, move in, orientation, parents Opinions

By Jillian Power | Student Columnist A new school year is upon us at long last. Although the summer left many of you with wonderful memories, the promise of a new school year for wreaking havoc across Pittsburgh is an attractive thought indeed. While students revel in their freedom, their parents are left out of […]

By: Duke Staff Pop Quiz: Are you wearing your lanyard as you read this? Have you “shaken your booty” in the last hour? Are you still going to Incline through the main entrance of the Union? If you’ve answered yes to any of those questions then congratulations, you’re a freshman at Duquesne University. Your mom […]

A Warm Welcome to Duq

By The Duquesne Duke on August 20, 2014 Duquesne, freshman, orientation Opinions

By: Carley Thieret  |  Opinions Editor When I first heard the theme of this year’s freshmen orientation, I thought to myself, “This perfectly describes the four, five or six years you are about to experience at Duquesne.” “Rise, You Are Limitless” defines the experiences that you will encounter throughout your time at Duquesne University. College […]

Whatever comes to mind: How to get the most out of Orientation

By George Flynn | Opinions Editor While this year’s glorious summer comes to a close, a new school year must begin.  As a senior, I am completely terrified to embark on my final year of my college career and inevitably enter into the abyss known as “The Uncertain Future.”  As a freshman, I was feeling […] 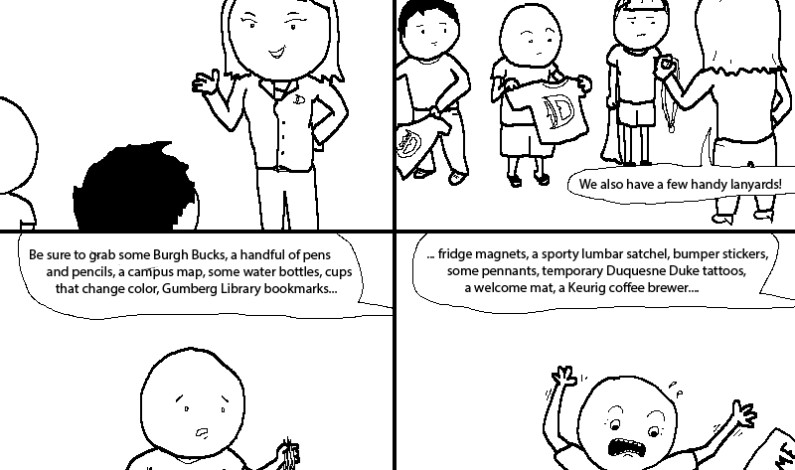