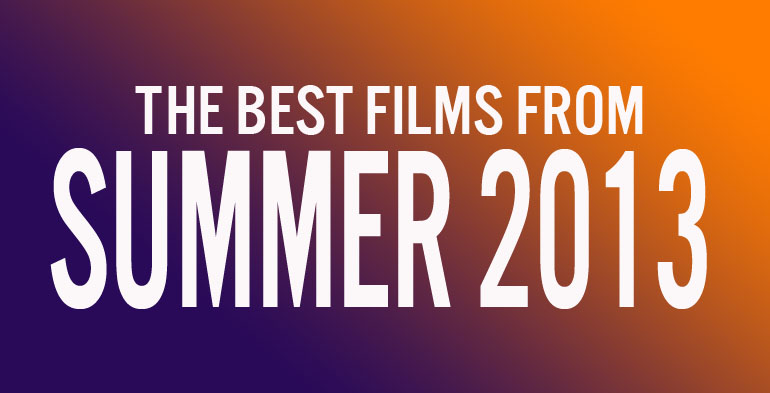 By Joel Dufresne | The  Duquesne Duke

This past summer will be remembered as one of the best seasons for cinema; namely, it was three months of high quality releases from Hollywood. But, that is not to say that there were some bad films – The Great Gatsby stands out as a missed opportunity-but, on the whole, there was a nice mixture of mega-blockbusters and more subdued studio releases. As a result, I have assembled this list of what I considered the top four films that defined this blockbuster summer; if you missed them, I recommend renting them when are released on home media this autumn and winter.

When director Guillermo del Toro took on Pacific Rim, he reintroduced two of Japan’s iconic images to cinema: large scale monsters (descendents of Godzilla and Mothra,) and robots (Evangellion, Mobile Suit Gundam.) It would be all too easy to reduce the film to a slug fest between the robots (“jaegars”) and the monsters (“Kaiju.”) However, del Toro created a visually rich film by applying different cinematic techniques. The opening, for instance, recalls the title sequence of Watchmen: it retells the history of the fictional world in the film by using fictional mixed media: news videos, photographs, documentary excerpts, among others. This love-fest to Japanese culture will please fans of anime, such as this critic; if not, it serves as a monument to the decades of expertly crafted animation and film.

Like Godzilla, the superhero group the X-Men were “children of the Atom,” as well. Yet, in this film featuring one of the members of the team-Wolverine, the mutants are almost absent. This aspect of the narrative could alienate some viewers who have become accustomed to the fantastic powers associated with the characters. Instead, the film serves as a hybrid, like Pacific Rim: namely, a synthesis of tech-noir, science fiction, and Samurai cinema. My only complaint is connected to my praise of it: the minimum presence of mutants is great … .but, one of the characters in the film who is modeled on the character Rogue, from other films (and was Rogue in the original script,) makes one wish they had kept her in the film, if just to have Anna Paquin in a blockbuster again.

The paranormal is one of the harder devices of fiction to translate to the screen; recent attempts, such as the remake of The Haunting and the Paranormal Activity films, show what happens when less than expert hands try to translate it to the screen, and fail. The Conjuring – which, is allegedly based on true events-makes the supernatural frightening again, with skilled writing and excellent casting. Vera Farmiga (Bates Motel, The Departed) and Patrick Wilson (Watchmen) and expert direction restore potency to the genre, which has not had a successful film since The Exorcist III.

For the Star Trek: The Original Series franchise, Into Darkness is to it what Skyfall is to the James Bond series. It reintroduces iconic images and narratives, in an original way, while also advancing the series’ mythology forward with new content. Some of the iconic images and scenarios are culled from the episodes “Space Seed,” “The Trouble With Tribbles,” along with the film The Wrath of Khan. The successful negotiation of this tension-new vs. reintroduced material-results in one of the best commentaries on the War on Terror and Post 9/11 America. But, the other success of the screenplay extends into the sphere of performance: all of the actors in the film have their own distinguishing scenes, a scenario that was rare in previous films and episodes.

2013  will be remembered as one of the most fertile seasons in cinema; the closest it has to a rival is 2015, which is shaping up to be a magnificent summer.

By Sean Ray | A&E Editor The “X-Men” films have always existed in a weird sort of flux. Never quite reaching the quality of the Marvel Cinematic Universe, but never becoming as bad as the […]

Zoe Stratos | opinions editor Oct. 28, 2021 We all know the symptoms of fear: the goosebumps, the sweaty palms, the rapid heartbeat, the unexplainable urge to hide behind a pillow or your hood. The […]

By Shivani Gosai | Opinions Editor In recent Hollywood films, the roles of Asian characters have been taken by actors who are white. It seems like Hollywood is missing opportunities to become more inclusive by […]