For the first time in several years, the staff of The Duquesne Duke took home multiple Mark of Excellence awards from the Society of Professional Journalists.

Judges in the competition were directed to “choose only those entries which they felt were outstanding work worthy of national honor” during the 2015 calendar year, according to the SPJ.

In each awards category, the SPJ recognized one or two finalists and a winner.

The Duquesne Duke placed as one of two finalists in the Best All-Around Non Daily Student Newspaper category, which is one of the most prestigious designations the SPJ awards to newspapers.

Off the Bluff Magazine — an annual publication run by students in the Duquesne Journalism and Multimedia Arts Department under department chair Mike Dillon — was one of two finalists in the Best Student Magazine category; a category that also recognized the student magazine at Yale University.

“We are incredibly honored to be recognized by the SPJ for all the late nights spent writing, editing and designing,” Routh said. “Duquesne’s journalism department is certainly on the rise and so are its student publications. We just wanted to make sure we carried the torch.”

Kaye Burnet (news editor) placed as one of two finalists in the General News Reporting (Small) 1-9,999 Students category for her story, “Arrested student fights for justice.” 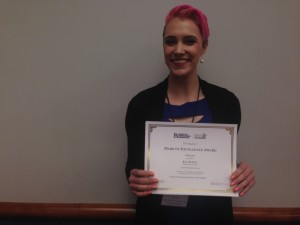 Rebekah Devorak (opinions editor) placed as one of two finalists in the General Column Writing (Small) 1-9,999 Students category for her “If I Do Say So Myself” column series. 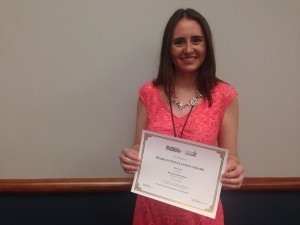 Julian Routh placed as one of two finalists in the Sports Writing (Small) 1-9,999 Students category for his story, “From the depths of prejudice, Cooper rose above.” 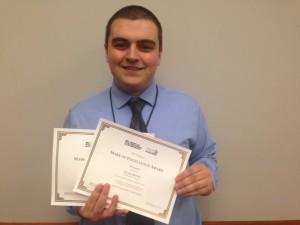 Claire Murray (photo editor) was named the winner in the General News Photography (Small) 1-9,999 Students category for her photo of Joe Biden.

By Casey Chafin | The Duquesne Duke After receiving hundreds of dollars in fines for parking on campus between 2 a.m. and 5 a.m., Duquesne commuter students are awaiting a response from the Office of […]

March 28, 2019 The Duquesne Duke Opinions Comments Off on Women’s sports ought to have same following, appreciation as men’s

By: Leah Devorak | Layout Editor I commute. Do you? Chances are, you do. After all, according to Duquesne’s Office of Commuter Affairs, commuters still make up the campus’ largest population of students. And the […]