With October drawing to a close and All Hallows’ Eve approaching Friday night, fear and fright is in the air. Soon, as haunted houses fill and horror movies play, terror-lovers will be experiencing the fascinating and complicated emotion of fear. Our reactions to scare are deeply engrained in ancient biological and psychological phenomena, and our love of the haunt is one of equally complicated roots. 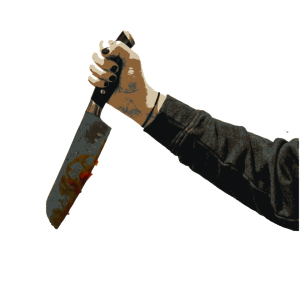 “Fear” isn’t the most straightforward concept, so as such a better understanding is necessary before delving deeper into the realm of the frightful. Paul Zipfel, a Duquesne philosophy doctoral student, explained that at least within the realm of phenomenology there is a distinction between fear and anxiety.

He said that German philosopher and phenomenologist Martin Heidegger originally made the difference clear by saying that fear was directed towards some physical or knowable thing, needles or spiders for example. Anxiety is a different beast.

“What really for him was a life altering experience was anxiety,” Zipfel said, “Which is basically like a fear of nothing. It’s not a fear of any one thing or any specific thing. I’m not afraid of needles, I have fear of something.”

He said fear has an actual cause, where as anxiety can not be pinpointed.

Zipfel explained that Heidegger connected this anxiety of the unknown to our ability to better understand the world. In the “break-apart moment” that comes along with anxiety and fear, we are better able to understand the world and our existence within it.

This “break” in the world is what sociologist Margee Kerr helps to create within her work at ScareHouse, the renowned haunted house in Etna, a short drive from the city. Kerr has spent her entire career studying fear, and she uses her expertise to help the crew at ScareHouse create the most frightening experience possible for its patrons.

Kerr outlined two categories into which scary circumstances fall: conditioned and unconditioned. Conditioned, as she explained, are responses that everybody inherently possesses. These come about by being startled or threatened and are triggered by things like blasts of light, air cannons and strobe lights.

“All of those things can be used to create a scary experience in a way that doesn’t really involve content,” Kerr said. “So for example I’ll suggest an even distribution of different types of startle scares. So if they’re going to have a drop down panel, which is kind of a startle scare, that’s at their shoulder level, well then in the next hallway maybe they should do something that’s like an air cannon at their feet. This is really trying to diversify the target of the startle.” 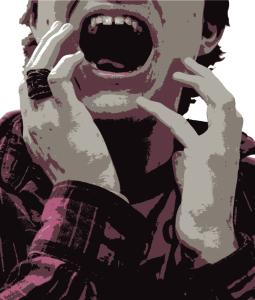 Unconditioned responses are those that are more individual and personal. These are the fears that each individual has, of zombies, clowns, snakes, etc. Kerr said that her data has shown that a common fear people have is of creepy dolls. Consequently, ScareHouse incorporated a whole room of them into the experience. Overall, she said that the key is to create a balance between conditioned and unconditioned responses.

“So some of it is just trying to use the startle response and mix that up inside the haunt, and then just listen to what people are saying are the big monsters and the big scares of the day, and that changes with time and place,” Kerr said.

A room full of creepy dolls is frightening, but what actually happens to a person when they are faced with a sight of such a terrifying magnitude? For that, biology professor Benedict Kolber has the answer.

Kolber said that the physiological effects fear has on the body boil down to the oft mentioned “fight-or-flight” response. He said that when faced with a stressful or fearful situation three main things happen. The first is a transmission of information from the brain to the sympathetic nervous system. This information is what triggers an increase in both heart rate and sweat production, responses that prepare your body to either fight or run.

The second thing your brain does is activate the hormone associated with stress in an effort to help cope with the situation, Kolber said. This increases blood sugar levels, and in turn energy levels, again with the goal of either standing to fight or fleeing the scene. The last thing the brain does is strengthen the memories of the experience. This is why haunted houses and horror movies are more memorable than what was for lunch yesterday.

Kolber pointed out that the fascinating part of the body’s response is that it doesn’t care about the nature of the scary moment.

“What’s interesting is that the physiological response you have when you’re watching a scary movie or going through a haunted house is identical to the response that you have if you are actually in a fearful or stressful circumstance. So physiologically, it’s basically indistinguishable, even though you as the participant in a haunted house or a scary movie, you know this is not a real thing,” he said.

Our bodies don’t discriminate when it comes to frightening experiences; all are in theory equally bad. It is clear though – from the massive industry surrounding Halloween, haunted houses and horror movies—that our brains don’t always agree. There is a distinct trend towards intentionally scaring ourselves, no matter if our bodies like it or not. In her years of studying fear, Kerr said that isn’t so surprising. In fact, fear can be decidedly beneficial.

Our bodies can’t distinguish between actual danger and artificial danger, but our brains sure can, and the natural high that comes along with thrilling experiences is often good enough in itself to incentivize the situation. Kerr said that experiences like haunted houses can even serve as a way for somebody to test themselves.

An important point to remember, and one that Kerr was adamant about, is that intentional scaring must be just that—intentional. That means that if someone doesn’t want to put themselves into a situation they should never be forced into it anyway. In fact, unwanted frightening experiences can be just as traumatizing as real ones. As a general rule, if somebody says no take their word for it.

“I always think that’s really important because I have this fear that people are going to say ‘oh, okay I’m going to go scare my friends,’” Kerr said. “And that’s not really the case, we want people to make the decision themselves because that’s when the real feeling of actually achieving something comes about. When you made a choice to engage, you did it and you can feel good about it.”

February 6, 2014 The Duquesne Duke News Comments Off on America preps for terror at Olympics

By Julian Routh | News Editor When the Winter Olympics open in Sochi on Friday, America will be watching as it always does. But this time, America will watch with anxiety. With the probability of […]

Zoe Stratos | opinions editor Oct. 28, 2021 We all know the symptoms of fear: the goosebumps, the sweaty palms, the rapid heartbeat, the unexplainable urge to hide behind a pillow or your hood. The […]

Bird flu over the Cuckoo’s Nest

January 16, 2014 The Duquesne Duke Opinions Comments Off on Bird flu over the Cuckoo’s Nest

By Carley Thieret | Student Columnist The airport during the holiday season is known for its insane commotion, and around each major holiday, travelers fear the worst when they book a flight. The majority of […]