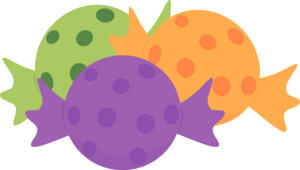 Let’s face it, people love Halloween because you can virtually dress up as anything you want. However, I loved it as a child because of the free candy. When I was younger, I would hit as many houses as I could, covering two and a half neighborhoods. Then when I got home, I counted and sorted my candy. I hated Milky Way and Snickers, so those went to my dad. But the pile that I resented the most consisted of the nutritious pretzels, raisins and in the most extreme cases, apples.

Junk food and nutrition have become extremely regulated in a nation of people who love sugary sweets. According to a Huffington Post article by Julie Upton, the author of “A Nutritionist’s Guide to a Healthier Halloween,” the average person in the nation consumes 25 pounds of candy per year. I cannot imagine myself eating 25 pounds of candy a year.

It really is no surprise that snack food and soda machines are scarcely found in school cafeterias anymore. During my last year in middle school, our soda machine was removed and snack machines seemed to go extinct.

The more I became aware of candy’s unhealthiness and the overall avoidance of sugar products, the more I wanted it.

Halloween is a holiday: a deliciously sweet, unhealthy, forbidden candy holiday. The regulations to which kids’ cravings are forced to adhere during the year should not be subjected to these rules on Halloween.

When I see the numerous amounts of articles written before Halloween giving tips to parents on how to make the holiday healthier for trick-or-treaters, my youthful heart feels sad and awful for the children of the new generation.

One tip that I found really insightful in Upton’s article was her suggestion to hand out tricks instead of or as well as treats.

“I mix fun toy tricks with the healthier treats and let kids take both an edible and non-edible choice, and the option of two tricks for incentive,” Upton said.

Upton began this practice when she read a study from Yale University called “Trick, treat, or toy: children are just as likely to choose toys as candy on Halloween.” The study found that children between 3 and 14 years old will choose a “comparatively sized toy” over candy.

While at age 14, I may not have been excited over a plastic spider ring, I would have been ecstatic over receiving glow sticks. When trick or treating, I carried a flash light. It was heavy and most of the time I passed it off to my father. However, glow sticks are available in assorted colors, are light enough to wear and are easily turned into lightsabers!

Being that the practice of giving candy is to make the children who are trick-or-treating happy, toys are a better alternative than raisins. Little toys will make children happier than any healthy treat would.

Another alternative to keep in mind is that some candy is healthier than others. Reader’s Digest Editors pointed out the seven healthiest candies in the article “Healthy Halloween Candy Choices.”

In comparison, a Hershey’s milk chocolate bar contains 210 calories, 13 grams of fat and 24 grams of sugar. Halloween’s issue should not be handing out healthier items as treats, but handing out treats that are not overly unhealthy.

A house can easily hand out two 3 Musketeers Minis to a trick-or-treater, and still be healthier than the Hershey’s milk chocolate bar.

A factor most don’t consider is any food can be unhealthy in large doses. So the same can be said if you reverse the fact: food won’t be as unhealthy for you in small quantities. In other words, by limiting children to one or two pieces of candy a day, either in their lunches or after dinner, the candy won’t be as bad for children. Children consuming candy in moderation would not be harmful for them in any way shape or form.

So in a nation of sweet lovers, where health concerns are a top priority, staying healthy shouldn’t ruin the year’s holidays, especially Halloween. Children can have many fun alternatives for the season and don’t have to endure eating raisins on Halloween.

There are many ways to prevent the holiday from being overly-unhealthy without changing “trick-or-treat” to “trick-or-fruit”.

Kristen Kuron is a senior English and Digital Media Arts major and can be reached at kuronk@duq.edu.

October 22, 2014 The Duquesne Duke Arts & Entertainment Comments Off on ‘Tis the season for Must-see Halloween classics

By: Sean Ray | the Duquesne Duke As the nights grow longer and the wind starts to howl, it becomes clear that it’s time for Halloween, aka the perfect time for some horror movies. But […]

Molly Chapman | staff writer Oct. 28, 2021 As Spooky Season reaches its peak, haunted attractions are one of the biggest placeholders in people’s minds. Over the past week, I’ve attended four of the area’s […]

February 1, 2018 The Duquesne Duke Opinions Comments Off on Campus dining halls in need of culinary upgrade

02/01/2018 By Ollie Gratzinger | Features Editor  They say you are what you eat. If that’s the case, how many of us here on the Bluff are some variation of a Towers’ grilled cheese? Well, […]