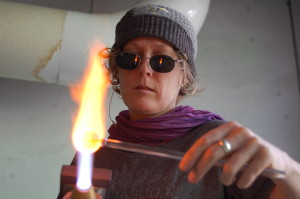 Once a month, every month, Penn Avenue becomes a bustling drag of nightlife and things creative. This is Unblurred: First Fridays.

First Fridays occur just as the name suggests, on the first Friday of every month. Since the late ‘90s, the restaurants, businesses and galleries of Garfield and Bloomfield stay open later, well those that would normally close early, for the art-centric monthly gallery crawl.

“It’s a big part of economic thriving of our businesses, specifically our arts related venues,” said Samantha McDonough, mainstreets manager for the Bloomfield Garfield corporation, the entity in charge of the event. “[There’s] Huge influx of people that don’t usually come to Penn Avenue.”

Along Penn Avenue, from Mathilda Street to Negley Avenue, roughly 4800 to 5600 Penn Ave, the crawl commences, with typically 15 to 20 establishments participating.

The crawl usually starts around 6 p.m., but goes until the individual places want it to, such as Pandemic, a collaboration of DJ’s spinning sounds from around the globe, at Brillobox, which have events going until about 2 a.m.

“The event for the business district itself is kind of an economic foundation,” McDonough said. “Each venue has its own thing going on.”

This month’s event has a theme of GA/GI, Geek Arts and Green Innovation.

Jason Sauer, owner and artist at Most Wanted Fine Arts has participated in Unblurred / First Friday since his gallery opened in 2006-2007. 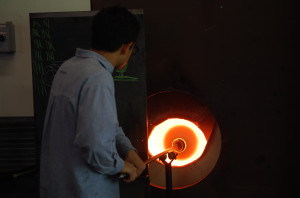 “Most Wanted is inclusive. We want you to be able to have the ability to express yourself,” Sauer said. “[If you can’t here at least] point you in the right direction.”

Sauer got the space for Most Wanted as a blighted building and façade grant, where a garage door stands as an outer wall for him to bring in one of his art cars, a car he has turned into a work or art. Although he hasn’t yet used the easy access door, he’s not against it.

“Have I ever done it? No. Have I ever threatened to do it? Yes,” Sauer said.

Most Wanted has a lot of poetry screenings these days, with the opening of the Mr. Roboto Project just down the street at 5106, but used to host its share of punk shows. 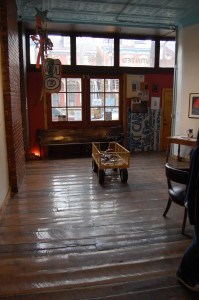 “That’s our niche, a lot of avant-garde stuff,” Sauer said.

Sauer is a conceptual artist and works in a unique medium: cars. To make his works involving them, he takes his medium to the demolish derby to start the creative process.

“Basically, take a piece of art, smash it, kill it, take the body panels off of it and make it into an everlasting piece of art,” Sauer said. “[I] take that experience and that’s my art.”

Sauer’s next masterpiece his a 1973 Plymouth Fury and will be “demolished” at a fair in Mercer County over Labor Day weekend in September.

But Most Wanted isn’t one-dimensional in their purpose. They also help out their community.

“All galleries have sort of programming that goes along with neighborhood,” Sauer said.

The Irma Freeman Center hosts summer camps, Assemble holds classes, while Most Wanted, they do something a little different, hosts judicated in mates that need community service. 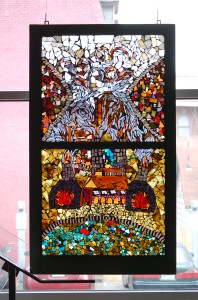 Paige Ilkhanipour, marketing director of Pittsburgh Glass Center located at 5472 Penn Ave., which has been open since 2001.

“It’s a great event to come out and experiences the galleries,” Ilkhanipour said. “10 years and things have changed so drastically.”

“During Unblurred, the big events are glass blowing and glass blowing expos,” Ilkhanipour said.
This specific Unblurred, with the GA/GI theme will feature Lights, Camera, Fashion, a glass and fashion event will both times being for sale.

While she enjoys the crawl, Ilkhanipour feels left out of the other parts of the event.

“Unfortunately, we can’t experience the other things going on during the crawl,” Ilkhanipour said

For Ilkhanipour, the crawl has a nice mix of people coming together, young and old.

“You didn’t see that many people walking around when I first started here,” she said. 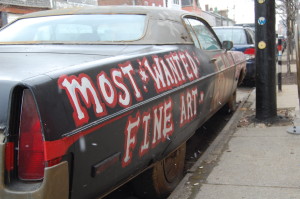 Sean Armstrong | Staff Writer 09/04/19 Stew Frick, a fashion designer and painter, sees the arts as a well to draw from when dealing with mental illness, the confining nature of gender stereotypes and community. […]

By: Zach Brendza|Features Editor This is the fourth story in a series about Pittsburgh’s remaining record stores. Saying Sound Cat Records is a third-generation record store is only half true. It is, in fact, the […]