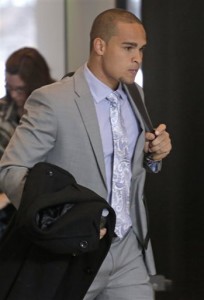 The NFL and NCAA are fighting hard to protect their free minor league system. This system, formally known as college athletics, is being challenged by a group of football players from Northwestern University.

The players are going against their university in a National Labor Relations Board hearing that could change college athletics forever. The Northwestern players will argue that they are employee-athletes who can form a union, instead of simple student-athletes. This process, which according to espn.com is known as a “certification of representative” procedure started on Feb. 12 with a scheduling hearing. On Wednesday the first witnesses were called and testimony began.

The important thing to understand is that this is just the first step in what may be a long process. Whichever side loses this hearing will probably appeal to what is known as the “big board” in Washington, D.C. After that there are even more appeals that can happen like the federal appeals court. Followin this, a precedent will have been set, but if the fight is to continue for the players, assuming they win, the next step would be to battle with the NCAA. The endgame, according to the players’ statement, is “building a nationwide players’ association that will eventually have the leverage to eliminate unjust NCAA policies,” espn.com said.

The NCAA is wrong and needs to be stopped.

Many of the regulations they have in place are outrageous and only hurt the men who endanger their health and well-being to make the money they so desperately need.  For example, a coach can leave the school at any time, regardless of the impact it has on the university he is leaving. But if a man wants to leave the school his coach just quit, he has to wait a year before he can play again. The year they lose can be detrimental.

Consider this: the average NFL career is 6.86 years, according to a 2011 study done by the NFL. For these six years, players are, for the majority, maximizing their income. Many of the other rules in place only hurt the players, while protecting their millionaire coaches and the college team.

A point in favor of the players is the enormous burden that practices and traveling every few weeks has on the student. Northwestern says that because the graduation rate of their team in 2012 was 97 percent. This proves that they are students. While no one debates that they are focused academically, the players argue that this is in spite of their commitment to football and not because of it.

I believe these men need to be protected. They are being exploited while the universities rake in the money. Right now, you can buy a jersey of any player on any top tier football school. This jersey has the number of the player who participates on Saturday for free and the fans buy these jerseys to cheer for those men, but the guys never see a dime of the profit made off of the sale of those jerseys.

This case is the culmination of the perfect set of circumstances. These students are smart, based on their graduation rates and average GPAs that are close to the top.

The NFL and NCAA have a free minor league system. This is how it works. They force every single player to go to school for at least three years, or they cannot enter the professional league and get paid to play. If a man is really good at say tennis or gymnastics they can go make money for playing their sport at a ridiculously young age, like Madison Keys, a professional tennis player who is 14 years old. They are still allowed to go to college after or even while they make money from their sport.

There are many sources of money to pay these players and provide them with the benefits they seek. There is the profit on athletic apparel, the money from attendance at games and television deals. However, it is possible that some of this money would need to come from tuition, which could mean a raise in tuition. If this were the case, I would hope that the athletic department of that school would not allow tuition to be raised simply to support the football team. I think there might need to be rules in place to protect tuition. It would be best from the school to drop football entirely rather than hurting other students.

Whether they will be successful or not, the Northwestern players have made a brave stand. Their effort should be commended even if they come up short. If they can fight through these two high-powered institutions and get to justice they will change the way we look at sports. Are we willing to continue to overlook the injustices that are occurring in what is supposed to be fun and games? I am not.

AP – Northwestern University outgoing senior quarterback Kain Colter makes his way to the beginning of three days of hearings before the National Labor Relations Board Tuesday, Feb. 18, 2014, in Chicago. The NLRB is scheduled to begin witness testimony on whether to approve a bid by Northwestern University football players who are trying to unionize. Colter is among the key witnesses in the case. (AP Photo/M. Spencer Green)

Saúl Berríos-Thomas is a junior political science major and can be reached at berriosthomas@duq.edu

Remembering Cheyenne: Friends reflect on what made Cheyenne Warner special

March 17, 2016 The Duquesne Duke Misc., News Comments Off on Remembering Cheyenne: Friends reflect on what made Cheyenne Warner special

To honor deceased Duquesne graduate student Cheyenne Warner, who passed away on March 13, The Duke created this online scrapbook where people can share their pictures and memories of Cheyenne. If you would like to contribute, please […]