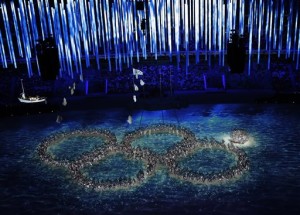 Despite a surge in ironic and satirical humor in pop culture, more and more people seem to be hapless in identifying a satirical news article. Don’t believe me? Check your news feeds.

If you’ve been on Facebook or Twitter lately, you can probably relate to my anguish at farce shared as fact. During the Sochi Olympics, for example, an article from The Daily Currant titled “Man Responsible for Olympic Ring Mishap Found Dead in Sochi,” made its social media debut to a reaction unlike any I’d seen, even to an actually story. Everyone from high school acquaintances, to former teachers, to my grandmother was fired up about the corrupt government in Russia.

The article is hardly subtle in its satire. There is a quote with no source stating that the technician “got what he deserved.” I know that Americans have a somewhat slanted view of Russians; President Putin, with his cold demeanor, unsettling appearance and adoration of all things manly, fits our caricature of Russian men flawlessly. But to say an alleged murder victim got what he deserved for a technical flaw, and that “accidents tend to happen to people who betray Russia,” was something that would be said to a reporter? Surely we have more faith in American journalism than that.

What bugs me most about the entire situation is that The Daily Currant is clearly a satirical newspaper, similar to The Onion. In fact, their “About” page states that they are, “an English language online satirical newspaper.” How, for the love of all things good, do you think that anything they say would be factual? Did we just stop teaching people what the word satire means? Are we modifying the critical thinking section of the SAT to reflect a culture that is incapable of either skepticism at an outlandish headline or a blatant disregard for the comedic gold that comes from ridicule?

Fact checking is important. Of course, the “About” page said it was a satirical newspaper, but how many people actually read that page? When do we ever read the “About” page of a news site? The people who share these satirical articles as fact tend to assume it’s factual as long as it’s labeled “News,” so I think it’s safe to say they wouldn’t be concerned with a page dedicated to explaining what their news source is really writing about. In short, they’re not concerned with receiving accurate information, and that’s a huge problem. News is great. It can be informative, challenging, absurd or just plain fun. Just not when things that aren’t news are mistaken for it.

This doesn’t just stop with a sensationalized event like the Sochi Olympics. I can’t even begin to count the times someone from my family has shared a blatantly ironic article with the most sincere of intentions. Don’t even get me started with the Justin Bieber nonsense. We expect the worst from him, so a headline like “Justin Bieber Legally Changes Race to African American” wouldn’t surprise most people.

People from all age groups fall victim to satire, from your great uncle who doesn’t trust those wily Democrats, to that none too bright Facebook friend who wasn’t in on the joke when they shared The New Yorker article, “Arizona Confronting Awkward Realization That Gay People Have Money, Buy Stuff.”

Do we believe everything we read on the Internet, or are we collectively just really bad at reading between the lines?

I, for one, love satire. If you ask anyone who knows me and how I communicate, they’ll tell you I’m sarcastic to the point of making people uncomfortable. So why can I tell the difference between an article on CNN and one from The Onion, but so many of my Facebook friends can’t? Is it because I have firsthand experience with mockery? Perhaps, but satire isn’t something that the people sharing these articles wouldn’t be familiar with, if only by name.

Of course, satire has always gone over the heads of those not looking closely enough to catch it, but that doesn’t justify the way in which sensational stories are tossed around with what seems to be a hope that they’re true. News should inform, and when we share false information as fact, we undermine the legitimately frightening things that are going on in the world. Sharing a satirical article with your followers is a great way to weed out who you’d like to keep on your friends list. You’re trusting that they’re all sharp enough to grasp the joke, and if they’re not, un-friending is just a click away.

Jillian Power is a freshman journalism and integrated marketing communications major and can be reached at jllnpwr512@gmail.com.

Brandon Addeo | News Editor Senior Duquesne swimmer Hallie McCue was facing a window in the Fort Lauderdale airport awaiting her flight home when she first heard the gunshots. “There was a pack of people […]