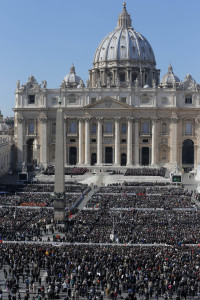 By Carolyn Conte | The Duquesne Duke Almost 40 Duquesne students and faculty have joined the more than one million pilgrims awaiting the arrival of Pope Francis in Philadelphia for his two-day visit to Pennsylvania. […]

May 25, 2018 The Duquesne Duke News Comments Off on Controversial nominated Italian Prime Minister has ties to Duquesne

Raymond Arke | Editor-in-Chief UPDATE 06/01/2018: In a reversal and after reaching a deal, Conte will indeed become Italy’s new prime minister putting a lawyer with Duquesne connections in charge of the EU’s third-largest economy. UPDATE […]