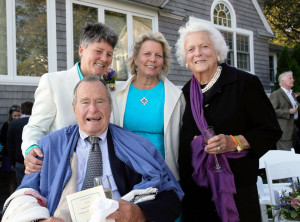 On September 11, 2013, in an op-ed piece for The New York Times Russian President Vladimir Putin cautioned against embracing American Exceptionalism. The article, which was to argue against the United States taking military action in Syria, ended on note that the United States should not see itself as anything more than another country.

“It is extremely dangerous to encourage people to see themselves as exceptional,” wrote Putin.

He concluded by writing “we must not forget that God created us equal,” a clear reference to the United States Declaration of Independence.

While it is very tempting to dismiss Putin’s closing statements considering the recent legislative suppression of gay rights in Russia, Putin nonetheless effectively brought the debate on the validity of American Exceptionalism back into the public forum.

American Exceptionalism, or Americanism, is the theory or belief that the United States of America is incomparable to other nations because of its unique circumstances of origin. The term is frequently associated with a national moral superiority.

American Exceptionalism is not a new term.  The origins of the phrase can be traced back to the early1800s and the embracement of the idea has ebbed and surged throughout recent.

Those who stand behind American Exceptionalism will argue that America was founded as a nation on a pursuit of liberty and not by the confluence of feudal groups. The circumstances of our origin promote a fundamentally different approach to how we assess problems.

Some of those who argue against American Exceptionalism will claim that it is an absurd notion that a nation that committed genocide against an indigenous population, endorsed slavery, and harbored systematic gender and racial inequality for the greater part of two centuries could somehow purport ‘liberty for all’ credibly as its creed.

Putin argued against American exceptionalism with more of a globalist philosophy.
“There are big countries and small countries, rich and poor, those with long democratic traditions and those still finding their way to democracy, “ he said. “Policies differ too. We are all different… we must not forget that God created us equal.”

With all sides presenting valid arguments, it is difficult to argue one way or another.  However, the answer may lie somewhere in the middle.

America is not, has never been, nor ever will be perfect. Throughout the history of the United States, there are many undisputable examples of gross abuses against those in the homeland and abroad. Since the advent of the Cold War, there also has been a level of disregard for the sovereignty of other nations. However, do mistakes made in the past or in the present necessarily mean that we cannot act in an exceptional manner? Perhaps not.

Historically, the United States has done plenty wrong, but it’s when we correct our mistakes that we display our ability to be exceptional.

That is what makes America exceptional. Not that we have the biggest guns or the most money. Our position as an omni-power could diminish and that would not change the truth that our country is founded on. Our exceptionalism is derived from that the fundamental argument asserted by the existence of the United States of America is that all people are equal.

Our exceptionalism does not prevent other countries from being exceptional themselves. It does not make us better in any sense.  We are not, have not been, nor ever will be morally superior because of this fact.  However, we will always be exceptional.  Because that value cannot be separated from the American Geist. Referring back to that fundamental truth will always be a catalyst for progress.

We are on the verge of national legalization of Gay marriage. Feminist movements have been refreshed to address women’s issues in an age of mass media driven hyper objectification. The Occupy protests may not have brought the change they wanted, but they did alert Americans to a plethora of social and classist issues that exist in this country.

We are not done struggling with these issues. As we plunge into a new global age, more issues will arise and we may not get it right the first time or even the second or third. However, in the end, we will return to the idea that everyone is created equal because that idea is what defines the United States.

That concept is inseparable from all of the ideas and laws that make up America.  To remove it would leave you with an entirely different nation.

Facing a familiar foe: America should look to avoid war with Russia

March 3, 2022 The Duquesne Duke Opinions Comments Off on Facing a familiar foe: America should look to avoid war with Russia

by Zachary Petroff | staff columnist March 3, 2022 Russia’s aggressive invasion of Ukraine highlights two very disturbing realities that display a level of woeful ignorance rooted with misguided machismo. There are factions of this […]

Russia-Ukraine: “China will do what’s best for China”

March 17, 2022 The Duquesne Duke Opinions Comments Off on Russia-Ukraine: “China will do what’s best for China”

by Mia Lubrani | staff writer March 17, 2022 Everyone is aware of the ongoing humanitarian crisis that has resulted from the Russian-Ukrainian war. There are multiple strategies to understanding what may happen to either […]