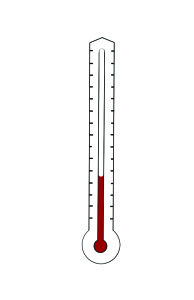 The airport during the holiday season is known for its insane commotion, and around each major holiday, travelers fear the worst when they book a flight. The majority of travelers’ angst comes from concerns such as missing their flight, delays, weather or perhaps uncomfortable seating arrangements while aboard the aircraft.

Another major cause of angst during the holiday season, and during any time of travel is contracting a form of sickness. Airports and airplanes are full of germs. I am constantly washing my hands when I travel as I feel the heavy breathing of the person sitting next to me or the coughing of the person behind me. Who knows the last time they were sick?

Recently, one traveler experienced her own form of dread and horror while traveling for the holidays. A Canadian woman whose name or age has not yet been released was the first North American to die from the H5N1 bird flu. She died after returning from her travels in Beijing, China. Hearing of this woman’s experience nearly sent me into a tizzy. However, after reassuring information was released, I was no longer fearful of traveling.

According to The New England Journal of Medicine, H5N1 influenza is a bird flu virus that can cause outbreaks in poultry. Dr. Michael Gardam of Toronto University Health Network explained that the virus has been a focus of study for scientists for more than a decade and it is considered by medical researchers to be a deadly virus. Since this is the first case of a North American human to die from the disease, the question of transmission arises.

Being the first case, there is little room for concern for fellow North Americans and especially travelers. If you are planning on flying anytime soon, the chances of contracting the disease are extremely slim, making it safe to fly abroad.

I wouldn’t be too concerned that the person coughing or sneezing in the row behind you is carrying the H5N1 virus. This particular virus is not an urgent concern, especially in our region of the world.

Gardam explains that the easiest way to contract the disease is to spend time around infected birds. But according to a CBC News article entitled “H5N1 bird flu death: What does it mean for B.C.?,” the Canadian woman did not travel to any farms or visit any markets during her time in Beijing.

The woman contracted the disease while traveling from Bejing, but Gardam and health officials reassured travelers and other patients that this is a disease that is rarely caught by other humans.

“This is a virus that has genetically not developed the capacity to spread readily from person to person. That distinguishes it from the usual kinds of influenza we know,” Gardam said.

According to The New England Journal of Medicine, Dr. William Schaffner, the chairman of the department of preventative medicine at Vanderbilt University, agreed with Gardman saying, “There have been rare occasions of person-to-person transmission of bird flu, but only through very close, prolonged contact with the infected party.”

I know the seats are usually squished during air travel, but not close enough for the transmission of a disease such as H5N1. Since H5N1 is rarely transmitted through person to person contact and is usually received through prolonged contact with the ill, it should put everyone’s traveling health fears at ease.

Because the disease is rarely transmitted through humans, the source of the infection is found to be through a close connection between birds and humans. The first source of direct death between infected birds and humans occurred in 1997 in Hong Kong.

According to CBC News more than 300 people have died, and 600 have been infected with the virus since the first case in 1997. The World Health Organization states that, “Human cases of H5N1 remain rare and sporadic, events occurring mostly in areas where H5N1 viruses circulate regularly in poultry.” The organization has let the public know that United States citizens should not worry about the virus. The reassuring words have put my fear away.

Humans usually contract H5N1 by touching sick or dead domestic poultry infected with the virus.” Although the virus was first identified in Hong Kong, it has since migrated to at least 15 known countries. Although the H5N1 infection is very serious, humans in North America should be more concerned about the common flu and the transmission of those diseases while traveling.

The majority of the infected countries are found on the continent of Asia, so it is no surprise that the first North American found dead from this disease was traveling from Beijing. Indonesia, Vietnam and  even African counties, such as Egypt have experienced the most deaths from this disease in the past decade. Although it is terrifying that someone so close to home passed away so quickly from H5N1,, it should not stop anyone from being adventurous.

Staying healthy is a major concern for many, especially during the winter months, so although this particular disease is difficult to obtain through human-to-human contact it is imperative to remain sanitary and healthy throughout the rest of the winter months. Travel should not be a concern, especially travel abroad. As long as the traveler remains conscientious of their surroundings and environment they should be on the right track for a healthy trip.

April 23, 2014 The Duquesne Duke News Comments Off on Our Year in News: A Look Back

By Julian Routh | News Editor The adjunct battle On Sept. 1, adjunct French instructor Margaret Mary Vojtko died from complications of a heart attack, prompting a debate over whether or not part-time faculty is […]

So you want to study abroad…

September 22, 2016 The Duquesne Duke Features Comments Off on So you want to study abroad…

By Claudia Hardy | Staff Writer Taking a Social Justice class on campus is pretty cool, but how much cooler would it be to take that class in another country? Duquesne prides itself for the […]