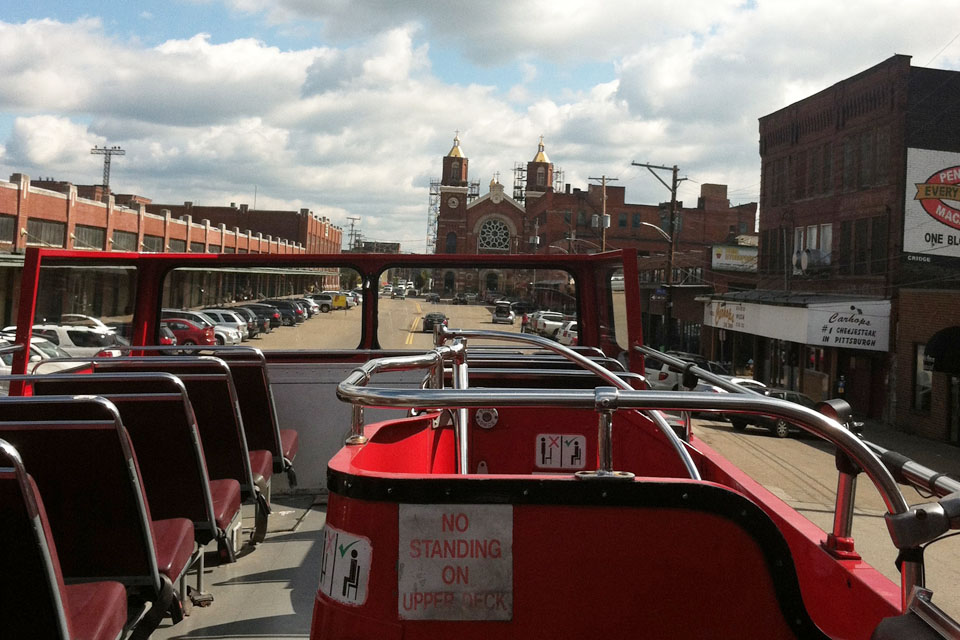 Within the “58.3 square miles” that make up the city of Pittsburgh are stories, buildings and other landmarks that stretch much further than the eye can see.

Fortunately for out-of-state tourists and for locals who wish to know more about Pittsburgh, they can do this simply by taking the red, double-decker bus.

These easy to spot buses, run by the Pittsburgh Tour Company, take tourists around the entire city in just over two hours for $20. The tour, operated by a knowledgeable and energetic tour guide, includes locations like the Duquesne Incline, the Strip and Cultural Districts, the Andy Warhol Museum and many of Pittsburgh’s unique bridges.

Each location on the tour comes with a story that Pittsburgh natives may not have known about previously. Numerous times while traveling through the busy streets of downtown, or “dahn tahn” as the employees of Pittsburgh Tour Company refer to it, the tour guide will point out a specific building and speak about its significance.

In addition to sightseeing, customers learn interesting facts like the first Ferris wheel was built in Pittsburgh, as well as the original home of the Big Mac , according to tour guide Teea Gardner.

“Before giving these tours, I thought I knew everything there was to know about Pittsburgh,” chuckled Gardner. “After a while, I realized that there is a lot more to learn and to appreciate about this amazing city.”

Gardner also stated that she feels “such a connection” between her and the city when she is on the job, and her co-workers could not agree more.

Jackie Harper, another guide and Pittsburgh native, commented on what she finds most interesting about conducting the tours.

“Not only do I like telling people about the history of Pittsburgh, I personally love reconnecting with the past of my hometown,” Harper said. “There’s so many things that you can forget about, even in the city that you’ve lived in for years. That’s something that I find to be really interesting.”

The 21-stop adventure through the Steel City also gives customers the opportunity to “Hop on and Hop off.” Throughout the tour, the bus will occasionally pull over for a few minutes to give tourists a chance to “hop off” the bus to get a closer look at some of the buildings, take photographs and even try some of the local Pittsburgh food, according to the tour company’s website. The site also states that the Hop on and Hop off portion of the tour is exclusive to the Pittsburgh Tour Company and is highly encouraged to get the best experience of the city. Some of the locations that the bus will make stops at include the Children’s Museum of Pittsburgh, the Mattress Factory, the Carnegie Institute and Museum of Art and the Heinz Memorial Chapel.

Another exclusive is the trademark double-decker bus. The recognizable “fleet” consists of four, London-style buses that seat “approximately 70 passengers,” according to Harper. Each bus has a name and history that can be learned about during the tour. One of the buses, nicknamed Martha, is actually a 1964 Routemaster bus from London that has a closed top for inclement weather, which can be seen on their site. The other three, Louise, Greta and Esther, are open top buses that are available to ride seven days a week. 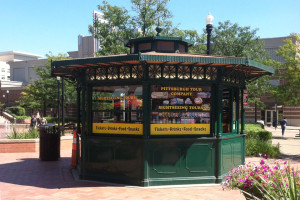 Although the 21-stop tour through Pittsburgh is the main attraction that is served by Pittsburgh Tour Company, Gardner also recommends that people check out the special tours that can be provided as well.

Another option is the “Land and Water Tour.” You can experience the previously mentioned hop on and hop off tour during the beginning of the day, and then come aboard one of the Gateway Clipper Vessels for an additional hour sightseeing tour.

“Being that the Gateway Clipper has one of the largest inland fleets in the United States, it’s really cool to get the opportunity to be on one of their ships,” Gardner said.

The Pittsburgh Tour Company’s website will also be offering a haunted tour this fall. Referred to as the “Spooky Double Decker Bus Tour,” you can ride around discovering Pittsburgh’s most haunted and mysterious places.

December 3, 2015 The Duquesne Duke News Comments Off on Strangers share a home with Airbnb

By Kaye Burnet | News Editor Daven Deng is used to sharing his South Side Slopes apartment with strangers. The 40-year-old University of Pittsburgh visiting scholar from Shanghai is a frequent host with the house-sharing […]