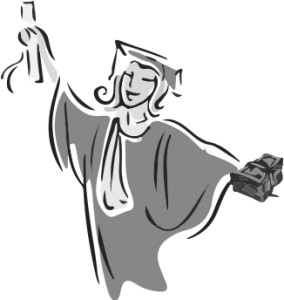 President Barack Obama flexed his executive power in office last Thursday when he proposed a system in which the federal government ranks each university and college across the country in an effort to combat the rising cost of college.

The fight to make higher education more affordable and available to a wider range of young people seeking a college degree is noble. However, Obama’s pitch to create incentives for universities to provide a more competitive education at a lower cost stirred up a bit of opposition from an assortment of politicians, analysts and writers across the United States.

Sen. Marco Rubio (R-Fla.) argued the process to evaluate a given university’s approach to education is “a slippery slope” because it is one that “ends with the private sector inevitably giving up more of its freedom to innovate and take risks.” He continued, “The U.S. did not create the best higher education system in the world by using standards set by Washington bureaucrats.”

Brian Kelly, editor of U.S. News, added that Obama’s agenda to identify university administrations potentially running their institutions inefficiently based on graduation and other flawed data sets could translate to the president “pointing the finger at a third to a half of the higher education system in the country. It’s pretty bold.”

So a plan to try and regulate an industry that seeks to educate 5.7 percent of the country’s population at close to 5,000 different campuses across 3,000 miles of real estate may be a bit ambitious.

According to data from the Statistical Abstract of the United States (a publication of the U.S. Census Bureau) compiled by Duquesne economics professor Antony Davies, “the cost of one year’s college education has grown from 20 percent of household income in 1976 to almost 50 percent today.”

The percentage of household income allocated to a college education in the past 40 years has risen by 30 percent. But this new agenda to make a college degree more affordable ignores the notion that a bachelor’s degree has become significantly more valuable than it was 30 years ago.

Davies, again using data from the Statistical Abstract of the United States, makes the case that “workers with college degrees have starting salaries 85 percent higher than salaries for non-degreed workers.”

I understand that taking on $100,000 in debt in the process of attending an elite university is a daunting task, but the focus here should be more on the student actually working to earn a degree.

The focus should not be about regulating an industry that thrives on competition and innovation to offer an education that is already incredibly valuable. University administrations actively trying to improve a school’s internal strucure shouldn’t have to worry about an arbitrary ranking system that ignores everything that happens on a college campus outside the classroom that impacts and improves a student’s experience.

The notion that the federal government should have the power to control who gets what aid and grant money based on flawed data and low graduation rates is simply impractical.

An agenda that ranks the 5,500 colleges and universities across the country seems to be a blanket condemnation of the way higher education operates nationwide.

There are affordable options in every state and every region of the country that realistically can provide a competitive education to a student and equip him or her with a degree and capacity to repay debt and make an excellent living after graduation.

The idea to create incentives for universities to provide a more affordable education for a wider demographic is a good idea in principle, because the United States will only continue to advance itself as far as its college-educated citizens will take it. But creating a blanket system to police inefficiencies is turning a sizable private sector public by giving the federal government the power to control people who have the opportunity to offer an affordable education based on available student aid. Schools across the country thrive on the opportunity to be unique and attract students to an experience that other schools perhaps cannot offer.

At this point, there are 20 million students pursuing higher education, so the consumer is consuming, if you will. Why try to fix a system that gives students the freedom and ability to choose a school in any part of the country with virtually any course of study, that really isn’t broken?

Pat Higgins is a junior journalism and economics major and can be reached at higginsp@duq.edu.

Hallie Lauer | Layout Editor On average, seven children are killed a day in some gun related incident, according to the Centers for Disease Control and Prevention. The issue of gun violence in America will […]

Liza Zulick | Staff Writer A series of Duquesne events are being held to celebrate Black History Month this February. Sponsored by Duquesne’s Office of Diversity and Inclusion, events on tap include a Black Love […]

By Bry McDermott | Asst. Photo Editor In February, the NHL is putting down its fists and opening its arms to remind the world that “Hockey Is For Everyone.” The NHL, the players’ association and […]