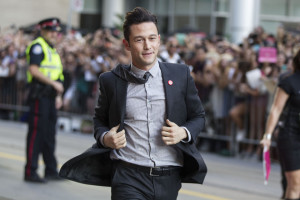 The film was written, directed and starred by Joseph Gordon-Levitt. The film, being Levitt’s first feature film which he both wrote and directed was an interesting project which tackled an issue that doesn’t usually come up in casual conversation today.

Levitt, who portrays Jon, cares about the normal things in life; except pornographic videos and images which have in some way or another caused him to enter a porn addiction. Jon enters a relationship with a woman, Barbara (Johansson), and ends up having to do a multitude of things for her to be in a relationship with her, such as take a night class, not discuss cleaning, and not view pornographic materials. His addiction to pornography is a barrier in the relationship that causes major difficulties, as her restrictions cause him to lie to her and view pornography in secret.

The acting within the film was impeccable, and was probably Levitt and Johansson at their best. They both had strong and believable New Jersey accents. The portrayal of New Jersey residents was more than believable. They appeared authentic and it brought both actors to the next level of excellence.

Don Jon had a few offensive themes throughout. The film takes place in New Jersey and the main characters including Jon, Barbara and both their families are depicted as stereotypical Italians. Levitt’s character, Jon, is extremely reminiscent of a male cast member from the horrific reality television series Jersey Shore. The rendition of New Jersey Italian life was over the top and could be misconstrued as insulting.

Another issue with the film was the depiction of women. Of course, with a film tackling issues with pornography, which in itself degrades women. Female characters in the film appeared to be weak, depend on men and were caught up on the ideas of love and marriage. Esther (Julianne Moore) was the one exception. Esther, appeared to be an independent thinker. Esther was a free-spirited, liberal and intelligent woman who was accepting of many different walks of life. Her portrayal of an independent woman brought an excellent contrast to the woman who depended on men throughout the film. Barbara was strong in the sense that she was a spoiled brat that got whatever she wanted from a man, but she appeared to be dependent on the male gender in general.

The way men viewed women in this film was less than flattering as well. Degrading terms came out of every male character’s mouth in this film, terms that cannot be published in print. This objectification of women was quite overwhelming and I cannot imagine women in audiences worldwide to be flattered by this horrid view of women as toys for men to play with. From the beginning, Jon was at a club looking for a woman to take home. Although the character does find love in the end, it does not seem to make up for the films view of the female gender.

The film does seem to take advantage of what is popular in pop culture today. Although it appeared to be offensive focusing on stereotypical New Jersey and Italian culture, these things have been popular within the media over the past five years with Jersey Shore, Jerseylicious and The Real Housewives of New Jersey. Bringing in these themes in the film was brilliant on Levitt’s part.
Don Jon is excellent and worth your money. The topics tackled throughout were so intriguing and will get the viewer’s mind thinking. But, if your eyes are sensitive and cannot handle nudity and pornographic images, this film is definitely not for you. The movie will leave you with a happy feeling and is worth the watch.

September 22, 2016 The Duquesne Duke Arts & Entertainment Comments Off on ‘Snowden’ is a quiet, calmer breed of thriller

By Nicole Prieto | Staff Writer Directed by Oliver Stone and starring Joseph Gordon-Levitt, “Snowden” is a subdued but well-crafted dramatization of one of the most notorious government leaks in recent years. After Edward Snowden’s […]