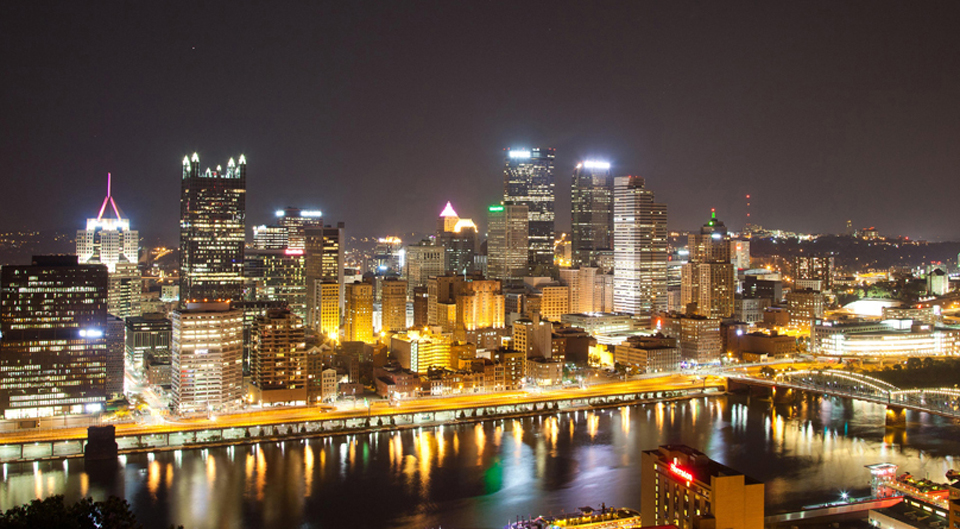 A decade ago, when Tom Murphy was mayor and the Penguins were playing in an Igloo, Serendipity opened its doors as a welcoming fashion boutique in Two PPG Place. It is now 2013, and while Downtown Pittsburgh thrives, the store’s vibe is more positive than ever.

“We’ve been in town for 10 years,” owner Pete Cappola said. “With all the construction that’s been done and all the people moving into town, things are good.”

Cappola’s shop, which he operates with his wife, Kimberly, is one of the many businesses benefiting from developmental and economic progress in the city.

With younger and wealthier residents pouring into storefronts from newly-constructed residential sites, the central business district is “changing rapidly after struggling along for 30 years,” Downtown developer Eve Picker said.

“I remember 10 years ago, I could tell you everything that was going on, and every initiative, which I thought was great,” Picker said. “Now, I can’t keep track. There’s so much going on, it’s amazing.”

In fact, according to a report from the Downtown Pittsburgh Partnership, the city has seen over $5.2 billion invested into completed, active and announced developmental projects from Jan. 2006 to Dec. 2012.

The increase in development has accompanied an influx in new housing, resulting from a 21 percent rise in the area’s population from 2000 to 2013, according to the U.S. Census. In the past four years, 219 new housing units have been constructed and 346 are currently in the works, the PDP report said.

Picker, CEO of the nonprofit development organization cityLAB Pittsburgh, said she noticed these changes after the “big developers” got involved five or six years ago.

“It moved from being a pioneering neighborhood to status quo pretty rapidly,” Picker said. “In the last two or three years, the flavor of living Downtown has changed. It’s really feeling like a neighborhood.”

At the forefront of development in the city is PNC Financial, who is in the process of constructing a 30-story, $240-million tower that will house approximately 2,000 employees. The Tower at PNC Plaza, which will join the $140-million Three PNC Plaza that was constructed in 2009, will be open and ready for use by the summer of 2015, PNC media relations manager Emily Krull said.

Krull said the construction of the new tower will strengthen the idea that PNC is “dedicated to supporting the city.”

“We expect that the tower will continue to support the revitalization of Downtown Pittsburgh,” Krull said. “We also hope that it will spur business growth in the area.”

The revitalization of the area is just as evident as the demographic change of its residents.

A resident survey report published by the PDP last month revealed that 45 percent of residents living Downtown are under the age of 40 and 48 percent have annual incomes of over $100,000.

The shift in population is due to the fact that there is “more readily available housing Downtown,” PDP Vice President of Marketing and Communications Leigh White said. According to White, in the next four years, there will be another 2,000 apartments available for rent.

“I think there is a developing neighborhood Downtown, where there are communities of people,” White said. “No different than if you were living in Shadyside or the South Side.”

Other than the increase in available housing, White said that people are making the choice to move Downtown because there are more amenities and a better variety of things to do.

To ensure that current historical structures in the city are able to attract visitors, the Pittsburgh History and Landmarks Foundation has been moving forward with the Downtown Preservation Project, a $12 million set of renovations to buildings in the Fifth Forbes area.

Foundation president Arthur Ziegler said the project has demonstrated that “we can bring quality retailing back to the city.”

“We have proven the value of historic buildings in that they attract businesses customers and visitors to the city,” Ziegler said. “They work very well compared to new construction. They’re not set back from the sidewalk.”

From PNC’s construction to Ziegler’s renovations, city goers and residents will notice the effects of development over the next few years. As of Dec. 31, 2012, the PDP listed 60 projects that were conceptual, in planning or under construction in Downtown Pittsburgh.

Picker recalled an encounter she had with a woman from the Department of Transportation at a conference in New York.

“I told her ‘I’m from Pittsburgh’ and she was jumping up and down saying ‘I really want to move there. I could have a house with a garden there,’” Picker said. “People used to be scared of Downtown. Now, it’s become a feasible option for a much larger proportion of people.”

Photo by: Zhenxa Lao | for the Duquesne Duke

Caption: From Jan. 2006 to Dec. 2012, Downtown Pittsburgh has seen $5.2 billion invested into developmental projects. By the summer of 2015, PNC Financial will be done constructing the Tower at PNC Plaza, a $240-million project.

Brandon Addeo | News Editor A longtime Duquesne science professor passed away unexpectedly earlier this week. Jeffry Madura, who taught chemistry and biochemistry in the Bayer School of Natural and Environmental Sciences for nearly 20 […]

By Joseph Sykes | Sports Editor In its last home game of the season, the Duquesne women’s basketball team snagged a 74-49 win over La Salle Wednesday night. The Senior Night victory puts the Red […]

July 2, 2019 The Duquesne Duke Columns, Sports Comments Off on Shipping Kessel the right move for the Pens