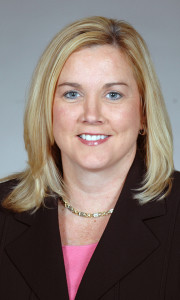 By Addie Smith and Pat Higgins | The Duquesne Duke

After a week of speculation and rumors, the University of Pittsburgh signed Suzie McConnell-Serio to a six-year contract to take over the head coaching position after the school fired Agnus Berenato on April 1.

The move comes on the heels of McConnell-Serio’s most successful year in her six-year tenure at Duquesne.

Despite previously denying rumors regarding Pitt’s interest last Tuesday, McConnell-Serio said she had a week to consider her options after initial contact. The move to Pitt ends a contract she had with Duquesne through the 2017-18 season.

She also said she was incredibly grateful and excited about the opportunity and the challenges that will come with coaching a team in the ACC on a national stage, and that the job at Pitt was the only position that could have lured her away from Duquesne.

“I probably would’ve never left Duquesne for any other job than this job. This is my home,” McConnell-Serio said. “I want to be here [at Pitt]. This is my last job.”
McConnell-Serio sat down with the Duquesne women’s basketball team Friday morning to inform them of her decision to leave the program.

“The hardest thing I had to do was say goodbye to Duquesne this morning,” she said, forcing back tears at the press conference last Friday.

Freshman point guard April Robinson said the team’s discussion with McConnell-Serio was not any easier for them.

“It was upsetting,” Robinson said. “I kind of felt a sense of betrayal, just because during the recruiting process we’re asked certain questions and we have to answer ‘no, if that happens I won’t go.’ That’s why I felt bad. It was just a very emotional day.”

Pitt Athletic Director Steve Pederson said that it was a difficult situation hiring McConnell-Serio from another Pittsburgh school, but that it reflected the success of Duquesne’s program. He also declared her “absolutely the perfect fit.”

Robinson said that with McConnell-Serio’s move to Pitt, this coming season’s City Game is the one that the team is looking forward to the most.

“It’s going to be very emotional,” Robinson said. “But I know, as of right now, we’re all excited. That’s just the one game that we’re all looking forward to next year because that’s our rival school pretty much … It’ll just be really emotional, but we’re all really excited to be a part of that game.”

According to assistant director of media relations for Duquesne’s athletic department Ryan Gavatorta, Athletic Director Greg Amodio said he will begin a national search for a new coach immediately.

Robinson also said that she hopes the new coach is able to connect with the team.

“[We’re looking] for somebody who has the ability to motivate each one of us in our own way because we’re like a family but each person is motivated by something different … I want a coach that’s kind of up-tempo,” Robinson said.

09/17/2020 Griffin Sendek | Multimedia Editor In mid-March, Pittsburgh Ballet Theater was gearing up for the opening performance of “Here + Now” at the August Wilson Center. Everything was choreographed, rehearsed, staged and costumed. It […]

An inside look at Duq’s Quarantine Hotel

October 15, 2020 The Duquesne Duke News Comments Off on An inside look at Duq’s Quarantine Hotel

Zoe Stratos | Staff Writer 10/15/2020 As the second wave of COVID-19 begins to sweep the country, more and more concerns are being raised about the potential for an outbreak on Duquesne’s campus. Part of […]