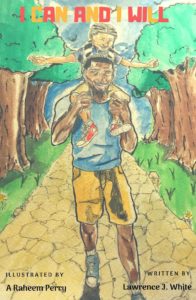 In 2015, more than 670,000 children spent time in foster care. To put that into perspective, that is enough children to fill the A.J. Palumbo Center about 152 times.

Lawrence White, a Pittsburgh native, had lived in nearly 20 homes, shelters or group homes by the time he hit 20 years old, which was when he aged out of the system.

According to the National Conference of State Legislatures, one in five young people who age out of foster care end up homeless and an estimated 40 percent won’t complete high school.

“My biggest obstacle was believing I could beat the odds given my circumstances. After dropping out of high school, I hit rock bottom. I closed the door for my future, but I was desperate for love and attention. It wasn’t until I became determined to graduate high school that I started to love myself,” White said. “Looking back, I understand no one could have wanted me to struggle the way I did, this understanding allowed me to being the healing process.”

From May 19 to 24, White met with Congressman Mike Doyle (D-Allegheny) to shared his experience within the foster care system with them. There were also more than 130 former foster youth who had the opportunity to share their stories as well.

They all shared the same goal of wanting to change the child welfare system. Specifically, White worked with the congressmen to create a policy that allows foster children to have access to health insurance until they are 26 years old.

“It was one of the first times I felt truly acknowledged by members of Congress,” White said. “It felt gratifying being acknowledged for wanting the same thing everyone else wants: love and attention.”

Aside from working with policy makers in D.C., White has also written a children’s book entitled I Can and I Will. He hopes to use it as a way to advocate for change within the foster care system.

“I want to use my experience as a foster child, along with my passion for writing books to teach children how to advocate for who they truly want to me,” White said. “It all starts with self.”

The book was illustrated by Raheem Perry, a senior Digital Media Arts major at Duquesne.

“Lawrence reached out to me around late March about the opportunity,” Perry said. “I jumped at the idea to get my art out there, especially for something so positive.”

The title of the book comes from a mantra that White says to himself in the mirror everyday, as a reminder of what he can achieve.

“I want to use my experience as a foster child, along with my passion for writing books to advocate for who they truly want to be – it all starts with self,” White said.

White will be holding a book signing on June 22 at the East Liberty Carnegie Library at 2 p.m.

February 28, 2019 The Duquesne Duke Features, Sports Comments Off on Dual-sport Taylor relinquishes one dream for another

Adam Lindner | Sports Editor Feb. 28, 2019 Kellon Taylor arrived at Duquesne in 2016 tasked with the sports-lover’s ultimate fantasy: Compete dually for separate NCAA Division I athletic teams. Instead of heading to a […]

08/27/2020 Staff Editorial  Welcome back to Duquesne University. We are exhilarated to have you back on campus, but remember that spending time with friends is strictly prohibited. Duquesne has been placed in a difficult position […]