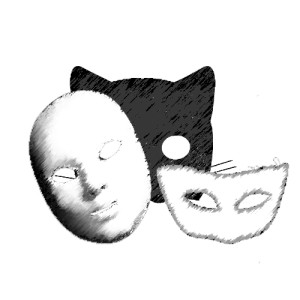 I can’t help but recognize the excitement going on about Halloween. I hear so many people talking about costumes, haunted houses and parties. Increasingly over each year, I find myself letting these events pass me by in October unaffected, almost like the festivities don’t exist.

I’ve never been able to get into Halloween as much as my peers seem to. When I entered my teen years, I lost all desire to dress up in a costume. I’ve probably “participated” in two or three Halloweens since I was in middle school. I don’t think I’m the Halloween type or maybe I’m jaded from the way the celebration is exploited in college life.  Aside from that, I still think it can be a useful holiday, something decided after I took the time to think more about the cold shoulder I give to the fall celebration.

Seeing Halloween as primarily a child’s holiday, I think it can be great to have a night of goofiness and pure fun. And if adults take advantage of that opportunity too, I don’t have the heart to be very critical of that. Other than the formerly mentioned, I find trouble getting any meaning out of Halloween, and I think that’s where my apathy comes from.

Paying my attention to the seasonal items that flourish come Autumn have always been more appealing and meaningful to me—Cider, pumpkins, butternut squash. Even the brisk weather and change of scenery is reason for celebrating. In fact, Halloween is based in harvest celebration, which is much forgotten and generally overlooked. I think we should get closer to that part of the holiday.

The origins of Halloween as a holiday aren’t completely clear, because along with the supposed influence by Celtic-speaking nations, Halloween has roots with Christianity’s All Saints Day. The many ways of showing celebration for the time around Halloween came together from several older traditions. According to History.com, The History Channel’s online information archive, the actual date for Halloween has been linked to the Old Irish celebrated Samhain. Samhain is a type of harvest festival, meaning “summer’s end.” It capitalized upon the end of the harvest season and the abundance of food that was gained, as well as the beginning of the darker winter days to follow. On this night, the highly superstitious Celts believed the ghosts of the dead returned to Earth.

Halloween actually did include what we now refer to as “dressing up” starting from Celtic groups in the 18th century, which is something I didn’t know until this year. I thought that was a tradition that was tacked onto Halloween when it came to America.  The term was “guising” and people would celebrate by going house to house in disguises in order to be given food.

I think this part of Halloween is taken for granted today—people dress in sometimes-questionable costumes and pay little mind to the original function. That isn’t to say the matter isn’t humorous or fun, (I love super creative and weird costumes) but Halloween usually becomes a completely sexualized event, with costumes which objectify women such as costumes parodying Miley Cyrus or Katy Perry. Becoming such an event seems to shed its celebratory characteristics.

In fact, the supernatural and frightening elements of Halloween that seem to dominate popular culture and media in celebration today may have the most ambiguous origins and meanings. The existence of spirits and monsters has roots in old Celtic folklore. But the demonic and evil attributes are a bit cloudier. Somewhere along the line, the spirits that lurked around as supposed by folklore were characterized as evil, and even spirits that cavorted with the devil. This is to be expected when a tradition comes in contact with multiple belief systems.

According to The History Channel’s online archive, the term Halloween came from All Hallow’s Eve, which refers to the evening before All Saints Day. This evening was supposed to be used by practicing Christians for spiritual preparation for All Saints Day, for a collective and proper commemoration of those virtuous who have died, especially the high number of Saints named in the tradition. I shouldn’t go without mentioning Mexican Catholic “The Days of the Dead,” which are a succession of days that also commemorate the lost. I know for me All Saints Day often crosses my mind as “the day off of class after Halloween” but this year I want to pay homage to the dead and the phenomenon of mortality.

Of course, like any tradition, the progression of Halloween has emerged with having picked up trends and new ways of celebrating. Most adult Halloween enthusiasts choose to focus on the costume parties and possible night out. I think the real reasons for carrying on traditions, like some of the ones mentioned above, deserve a bit more attention and appreciation.

Putting aside the classic scary All Hallow’s Eve festivities and taking a day to recognize the death of the good, I like to use this time to fully appreciate Autumn. My personal favorite is the focus on the general harvest wherever you live, and whatever the warm months of nature may have produced in abundance that are available for all to enjoy. I feel so much more connected to this natural part of October and I think we all have a part in it. To me, it feels like a grounded and meaningful celebration that can bridge all origins and beliefs.

February 9, 2017 The Duquesne Duke Features, Misc. Comments Off on Underground Railroad has roots at DU

By Elsa Buehler | Staff Writer If you were a slave traveling through Pittsburgh via the Underground Railroad in the mid-1800s, one of your stops may have been at a safe house that once stood […]

Club plans to get students amped on history

December 2, 2021 The Duquesne Duke Features Comments Off on Club plans to get students amped on history

Emily Ambery | staff writer Dec. 2, 2021 A group of Duquesne students are ready to take history outside of learning facts in a textbook and lectures, and have created a new history club on […]

September 11, 2014 The Duquesne Duke Opinions Comments Off on Fixation on fall grows