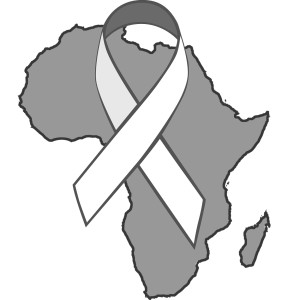 For the month of October, pink is the common color seen representing breast cancer awareness.

Americans may be vocal about prevention and awareness, but in Uganda women don’t speak about the subject of breast cancer.

According to a New York Times article entitled “The Cancer Divide,” breast cancer is even more insidious in undeveloped countries because so many cases go untreated, a division that spikes the death toll in the third world.

In the United States and other first world countries, tumors are often removed before they become large and untreatable, but in Uganda and other African nations, women are usually afraid or unable to come forward.

In a Breast Health Global Initiative 2005 report, experts state that social and sexual stigma keeps many women in the third world silent about what they’re suffering. Women often don’t seek treatment out of fear that their daughters will be stigmatized or that the community’s fear of contagion will isolate them. Surrounded by a culture that prefers traditional healers and precludes women from seeking help without a male relative’s permission, many women simply go untreated.

By the time affected women do come forward, many cases are terminal. Most people don’t seek out medical treatment until their cancer is Stage 4.

Their chances for survival plummet by 30 percent, said a 2012 World Breast Cancer report by the International Prevention Research Institute. What could have been detected and treated early in a first-world hospital becomes inoperable in the third world.

Contrast this with the social climate in the United States and other first world countries, where organizations like Susan G. Komen champion frequent screenings and promote a message of female independence and empowerment.

When women in America fall ill, they seek treatment and rely upon a solid foundation of social support. Women in Uganda and the third world face isolation and remain silent.

Dr. Fred Okuku, an oncologist at the Uganda Cancer Institute, lamented about the lack of education in Uganda about this insidious disease.

“The story of breast cancer here is a miserable one,” he said in the same NYT article. He said a combination of a lack of education, poverty and poor communication about the disease is the cause of the plague.

In the first world, breast cancer awareness is part of an almost daily conversation. The medical community encourages women to get yearly mammograms, to map out their family history and to perform self-examinations from an early age. In the United States, the conversation about breast cancer is large and ongoing; in Uganda, Okuku said there isn’t even a word for cancer.

“A woman finds a lump in her breast, and cancer doesn’t cross her mind. It’s not in her vocabulary,” Okuku said.

Breast cancer is the leading women’s cancer in both developed and developing nations. According to the World Health Organization (WHO), early detection is essential to survival and treatment but, in order to test its citizens, a country needs to have sound infrastructure and access to proper facilities.

Third world countries usually lack these facilities and do not have the chance to beat the battle of breast cancer.

Developing countries such as Uganda do not always have that access. As a result, treatment for breast cancer is not nearly as advanced and patients who suffer from late stages of the disease have a significantly poorer prognosis.

According to “The Cancer Divide,” this division between how the first and third world address and treat breast cancer is skyrocketing in the form of death tolls. In the United States, 20 percent of breast cancer cases are fatal. In Uganda, the death toll is between 40 to 60 percent.

According to Dr. Ala Alwan, a WHO assistant director-general for non-communicable disease and mental health, these deaths mostly occur in people below the age of 60 who are in the prime of their lives.

This is devastating emotionally and also economically, since people are removed from the workforce and can’t contribute to the country’s development.

He called these premature deaths “tragic” and “largely preventable.”

In the United States, we are lucky enough to be educated and have a sense of awareness of breast cancer, but the people of Uganda lack such knowledge.

Without pink fountains, organizations and having the simple knowledge of breast cancer, women in Uganda and other third world countries suffer.

Maybe someday these women will learn through teachings and maybe they will have their own pink fountains and organizations that will fight against it as well.

Allison Keene is a senior English and Journalism major and can be reached at keenea1@duq.edu.

Kellen Stepler | Staff Writer 10/11/2018 Being a justice on the United States Supreme Court is one of the most powerful and privileged positions in the judiciary branch of the government. Composed of only nine […]

September 24, 2014 The Duquesne Duke Opinions Comments Off on Staff editorial: Air strikes are first steps in protecting our security

Duke Staff On Sept. 20, 2001, just nine days after the attacks on 9/11, former President George W. Bush told Congress that the United States would wage a “war on terror” against militant Islamic group […]