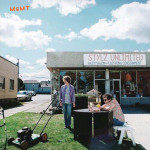 Their latest self-titled LP is no exception. MGMT features music similar to the likes of Radiohead in terms of the slow-paced, trippy and spacey feel of the instruments.

The vocals present a laid back sound that blends well with the music and creates the perfect formula for the “psychedelic” feel that the band seems so fixated on.

The end result is a solid album. Songs like “Introspection,” “Your Life is a Lie” and “Plenty of Girls in the Sea” combine the best sounds on the album with clever, reflective and sometimes angsty lyrics that almost anyone of this generation can relate to.

The album’s only real flaw is that its strange sound isn’t for everyone. The monotonous singing can get a little repetitive and to some the music could sound more like mindless noise at times. –AK 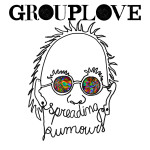 LA’s Grouplove returns to the indie pop music scene with their sophomore LP Spreading Rumors, a definite improvement for the band that is emerging into the competitive indie pop genre, with bands such as Vampire Weekend, Passion Pit and MGMT.

Spreading Rumors is much more than a typical pop album. Grouplove has political references in tracks “Borderlines and Aliens” and “Bitin the Bullet.” This type of societal consciousness, especially from an album that is centralized with synth beats, takes the listener from toe tapping to a dance beat to looking up lyrics to understand the message of the track.

Grouplove does a good job of instrument variation throughout the album. Poppy melodies are apparent in “Ways to Go” and “I’m With You,” but there is also a country/folk influence evident in tracks “Save the Party for Me” and “Sit Still.”

Spreading Rumors is a very polished album, but still shows the amount of potential Grouplove has. –SF

Jack Johnson
From Here To Now To You

Jack Johnson’s sixth studio effort brings yet another soothing album to escape to.

The 12-song album starts and ends strong. “I Got You” has a slow pace, smooth-strummed acoustic guitar, banjo and some whistling thrown in, while “Home” closes the album with more of a full sound, including bass. “Home” is a groovy jam. The sound is quintessential Jack Johnson, easy listening acoustic guitar and calm, soothing vocals.

“Never Fade,” “Tape Deck” and “Radiate” stand out from the rest of the album. “Never Fade” is more guitar driven, with picked notes and ukulele. “Tape Deck and “Radiate” both use more instrumentation, including appearances by bongos and accordion in “Tape Deck.” While drums, guitar effects and glockenspiel are used in “Radiate,” ending with 1:30 of lyricsless music.

Jack Johnson is best at making real good, feel good music. From Here To Now To You is no exception. –ZB 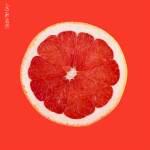 Saves The Day hits, and misses with their new album. The opening four tracks are good, but they tend to drag on after two minutes, evident in “Beyond All of Time,” where vocalist/guitarist Chris Conley spews “I love you beyond all of time” at least 20-30 times.

“Luck Number” changes the repetitive nature of the album, with upbeat thumping drums and better, more interesting guitar parts. The change in dynamics, varying levels of sound and instruments, make the song stand out from the first few.

From “Xenophobic Blind Left Hook” with a post-rock resemblant intro, the album hits its stride, with the best material coming from “Xenophobic,” on until the final “Stand In The Stars,” where a synergy between strummed acoustic and riffing electric guitars is created.

If you can make it through the fifth track, you will see the promised land that is the second half of Saves The Day’s self titled. –ZB 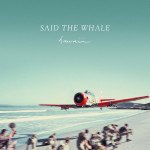 Hawaii begins with a delicate interlude, full of graceful harmonies and piano melody.

Throughout the album though, there will be rapping, techno drops and pulse pounding rhythms. There seems to be a constant flip flop between songs that are gentle and melody driven to songs that are sweet, poppy and sometimes even grating like the single “I Love You.” This juxtaposition does seem to lend an unpredictable quality to the record that helps it remain fresh; when you seem to fall into Hawaii’s softer side of swells and cadences, it picks you up and makes you want to dance. The constant trading of primary vocal duties lends to the tracks own individual feeling, at times cohesive and at times off-putting. These songs are often not complex and concentrate mostly on how fun they are to listen to.

If you’re in the mood for something sweet and smooth, adventurous and wild at times, you’ll love Hawaii. -GP 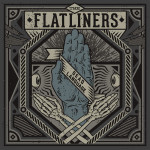 The Flatliners know that before anything else they are a punk band, but even so, the sound on this album displays a maturity that punk sometimes is criticized for lacking. Don’t be surprised if Dead Language slows down halfway through a song, or starts off like a classic rock song. With song titles like “Drown in Blood,” “Caskets Full,” and “Young Professionals,” Dead Language makes a point to hold onto its angst. Its sound maintains intensity with its heartfelt rhythms and energetic vocal delivery, although repetitive at times. Dead Language described in one word is “rousing.”

For those looking for accessible punk, Dead Langauge is just as good a place to start as any Rise Against song you might hear on the radio. –GP

A Q&A with Carrie Teresa on Black celebrity journalism

November 19, 2020 The Duquesne Duke Arts & Entertainment Comments Off on A Q&A with Carrie Teresa on Black celebrity journalism

Marcela Mack staff writer 11/19/20 Duquesne student Marcela Mack recently sat down with Carrie Teresa, the author of “Looking at the Stars: Black Celebrity Journalism in Jim Crow’s America.” The book, and the conversation below, […]