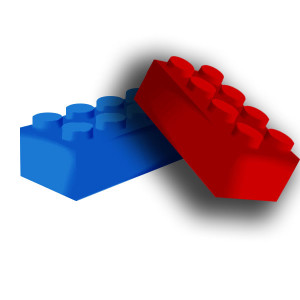 Honestly, all it needs is a new screen and a better processor, but you can’t buy these things on their own without spending a fortune. Plus, by the time you pay $100 – $250 to replace your screen, you might as well just pony up the extra money to buy a new phone.

Thankfully, a man in the Netherlands realized my problem (and others’ problem) with their phones and came up with a revolutionary phone idea he’s named Phonebloks.

Dave Hakkens and the others involved with Phonebloks released a  Youtube video on Sept. 10 showcasing Phonebloks and the concept behind it. The idea is both simple and amazing. Make a phone that you can customize with software and hardware to make it what you want. The best part about this phone? You can remove the software or hardware at any time and replace it with another piece.

Essentially, Phonebloks is a Lego phone and each Lego piece serves a different purpose. Even though the project is still in development, the initial bloks to be placed in the phone seem both intelligent and consumer-friendly. Are you a photographer? Buy a bigger camera blok with a nicer lens. Are you like me and use your phone for everything? Buy a bigger battery blok and cease worrying about your phone dying in class.

Now, you may be wondering why Phonebloks is just on your radar if the video has been available for nearly two months. It’s because on Oct. 29, the developers behind Phonebloks pushed for a social media takeover from people who were intrigued by the idea according to the Phonebloks video.

The social media push worked. According to the creators, Phonebloks has an audience of over 380 million and over 970,000 donations to help them develop their idea. They also have the support of phone giant Motorola, who has a modular, Lego-like phone plan of their own named Project Ara, according to the Phonebloks’ website.

Although the idea is still in the development stage, the idea of such a phone is intriguing. Honestly, I’m all for anything that makes my life easier. Not having to worry about replacing a phone when another one falls flat is a big thing for me. Just having the option to replace one piece of the phone with another is something I yearn for.

Although I see many positive sides to this, some individuals lack this viewpoint. According to an article published in International Business Times entitled “Motorola Project Ara: Can Google Make ‘Phoneblok’-Style Smartphones Possible?” by Ryan W. Neal, many people and engineers viewed the business endeavor as pointless and impossible.

A comment posted by an anonymous user on Reddit said that all the different pieces seemed silly. He continued with discussing all the work that goes into creating antennas, thermal management, signal integrity and many other things.

He closes his argument with “‘It may be doable but I don’t think it is worth doing [sic]’.”

I can see his argument of all the pieces becoming an overload for the engineers and the users. If I would get this phone, I would grow a little overwhelmed carrying all these different pieces around just in case of an emergency. However, I would much rather carry around many pieces and  knowing that if I break one piece, I can purchase another for an affordable price. With an iPhone, if I drop it, I have to empty my bank account to purchase a new one.

In this day and age, new technology is released as soon as we have the “next great thing” in our hands. Once we have iPods we need iPhones. Once we have iPhones we need iPads. Everyone wants to be cool and have the newest and latest inventions. The cell phone and tablet business becomes too much to handle at times. However, with the introduction of a modular phone like Phonebloks or Project Ara, the next great thing can be in your hands in the form of a new blok for the back of your phone.

Nowadays, the ability to customize your own phone and tailor it to your needs is intriguing and something many will push for. However, if Phonebloks or Project Ara doesn’t become a reality, it doesn’t mean the next great thing won’t come around. One day we’ll have the ability to buy just what we need from a cell phone and make it our own. If it’s Phonebloks or Project Ara, what’s to say another technology company won’t try to capitalize on the idea and bring it to us? We live in an advancing world and this advancement will come soon enough to save consumers both time and money.

Addie Smith is a junior Print journalism and Political Science major and can be reached at smitha11@duq.edu.

Tech to trash: The wastefulness of new technology

September 23, 2021 The Duquesne Duke Opinions Comments Off on Tech to trash: The wastefulness of new technology

Andrew Cummings | multimedia editor Sept. 23, 2021 When the PlayStation 5 and Xbox Series X released in November 2020, gamers were excited to get their hands on the new consoles. However, due to a […]

By Sam Leon | Student Columnist Last week, Apple’s iPhone had its seventh birthday, the date marks Steve Jobs’ unveiling of the technology on Jan. 9, 2007. With somewhat modest hopes of a one percent […]

By Zachary Landau | The Duquesne Duke Chinese artist Ai Weiwei created a stir recently when the Lego Group, makers of the beloved little bricks, refused his bulk order of material for a new piece. […]